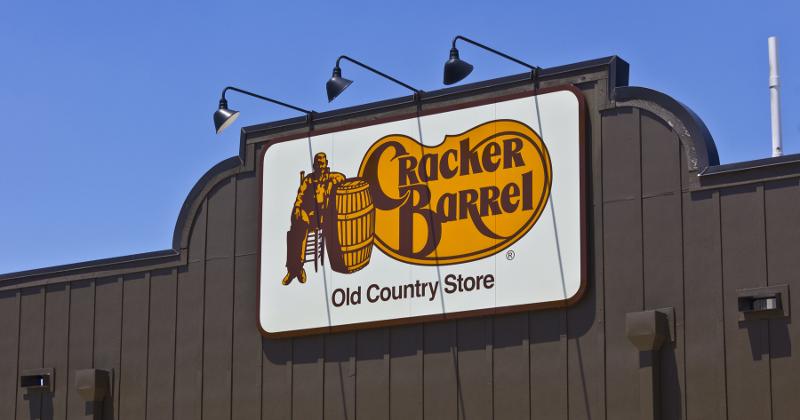 Millennials are starting to eat at Cracker Barrel more often, a sign that the chain’s yearslong efforts to lure the younger demographic are paying off.

Executives said Tuesday that Cracker Barrel saw increased visits from younger guests in the fiscal fourth quarter ended July 29, specifically those in the 25-34 and 44-55 age range.

It has particularly targeted young families, overhauling its breakfast menu in June with a build-your-own option to whet millennials’ appetite for customization. Younger customers have also been drawn to Cracker Barrel’s new beer and wine offering, its Barrel Bites apps like fried pickles and cheese curds, and its increased use of technology such as mobile payments, executives said.

“We believe the things that we’re doing to appeal to younger guests and families are working,” CEO Sandra Cochran told analysts during a quarterly earnings call.

But the success on that front was tempered by older guests’ ongoing reluctance to come back to Cracker Barrel.

“[Younger customers’] increased frequency is not quite enough to offset the negative headwinds of the fact that our 65-plus guests have not returned to their pre-COVID visit levels,” said CMO Jennifer Tate.

That showed up in the chain’s same-store sales for the quarter, which rose 6.1% year over year, largely driven by a 7% price increase. Revenue, meanwhile, grew just 5.9%, below the expected 8%.

Cracker Barrel has been more affected by recent macroeconomic trends than most restaurants. Its average guest is older and more value-oriented, and its presence along interstates make it a frequent road trip destination. High gas prices and other inflation, therefore, have done no favors for its traffic.

But those factors have also pushed the chain to go after younger, more free-spending guests. The fact that it appears to be working is a good sign for Cracker Barrel’s long-term health.

“We believe it will be sticky,” Tate said. “In fact, we think this represents steady progress. We also saw some increases in the third quarter. And so the fourth quarter increases were actually building upon some good progress.”

The news was a bright spot amid an otherwise dismal earnings report. In addition to the sales slowdown, commodity and labor inflation hammered Cracker Barrel’s bottom line: Operating income was $33 million, or 4% of total revenue—a nearly 50% decrease from a year ago, when it was $62.7 million, or 8% of total revenue.

The big driver was 18% commodity inflation, which included 35% higher costs for poultry, 76% for oils and 27% for grains.

Executives expect margins to remain lower through the first part of the new fiscal year but to improve as commodity costs ease.

Still, Pommells acknowledged the considerable uncertainty hanging over the economy.