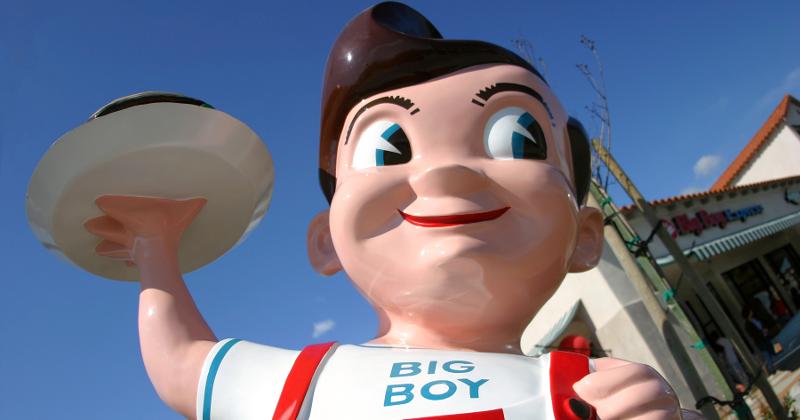 The chicken sandwich wars may have cost Big Boy’s iconic mascot his job, at least temporarily.

The longtime employer of the plump and pompadoured boy in red-checked overalls has introduced a new chicken sandwich named after a little-known second banana, a trim blonde-ponytailed girl named Dolly. According to the narrative that the burger chain has spun to support the launch, Dolly created the sandwich, appropriately called the Dolly Chicken Sandwich, and it’s “a cluckin’ big deal.”

So, as of today, the Big Boy is yielding the spotlight to Dolly. “Dolly is in charge now,” the chain says on its website.

The site indicates that the Dolly is a limited-time product and that the chain will continue to sell its earlier chicken sandwiches. The Dolly consists of a deep-fried breaded chicken breast tossed in buffalo sauce and served on a grilled brioche bun, with garnishes of ranch dressing, red onion, tomato and shredded lettuce.

Two chicken sandwiches were already on the menu: A buffalo-style item and a grilled selection.

Big Boy executives have readily acknowledged that the Dolly is intended to snag some of the buzz and popularity that Popeyes Louisiana Kitchen has enjoyed from the sandwich it launched last year.

As for the Dolly, it is unclear how long she may keep the original Big Boy mascot off the stage.  The chain says that Dolly has been a featured character since in the 1950s in the Big Boy comic books that the brand has long distributed, and has been a regular on the kids’ menu as well.

For the time being, Dolly is appearing on the Big Boy’s homepage, as well as on its social media pages.