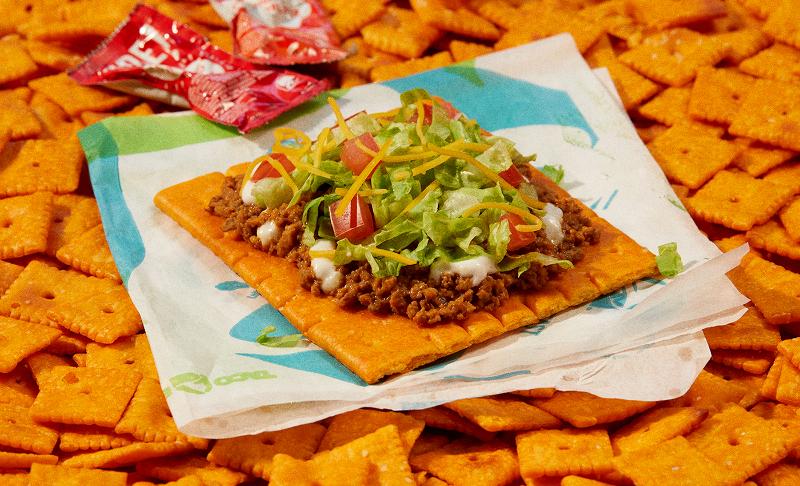 The LTO is currently in test for just two weeks at one Taco Bell location in Irvine, Calif., close to company headquarters.

The Big Cheez-It Tostada is built on a base of a jumbo cracker square, 16 times the size of an original Cheez-It. It’s topped with seasoned beef, reduced-fat sour cream, diced tomatoes, lettuce and shredded cheddar cheese.

The Irvine restaurant is selling the item for $2.49.

“There are few things that everyone can agree on … but the iconic flavors from Taco Bell menu items and Cheez-It snacks appeal to all,” Liz Matthews, Taco Bell’s chief food innovation officer, said in a statement “We’re thrilled about this new concept with Cheez-It, which gives our fans the chance to experience the real cheese and crunch they love from both of our brands in a whole new way.” 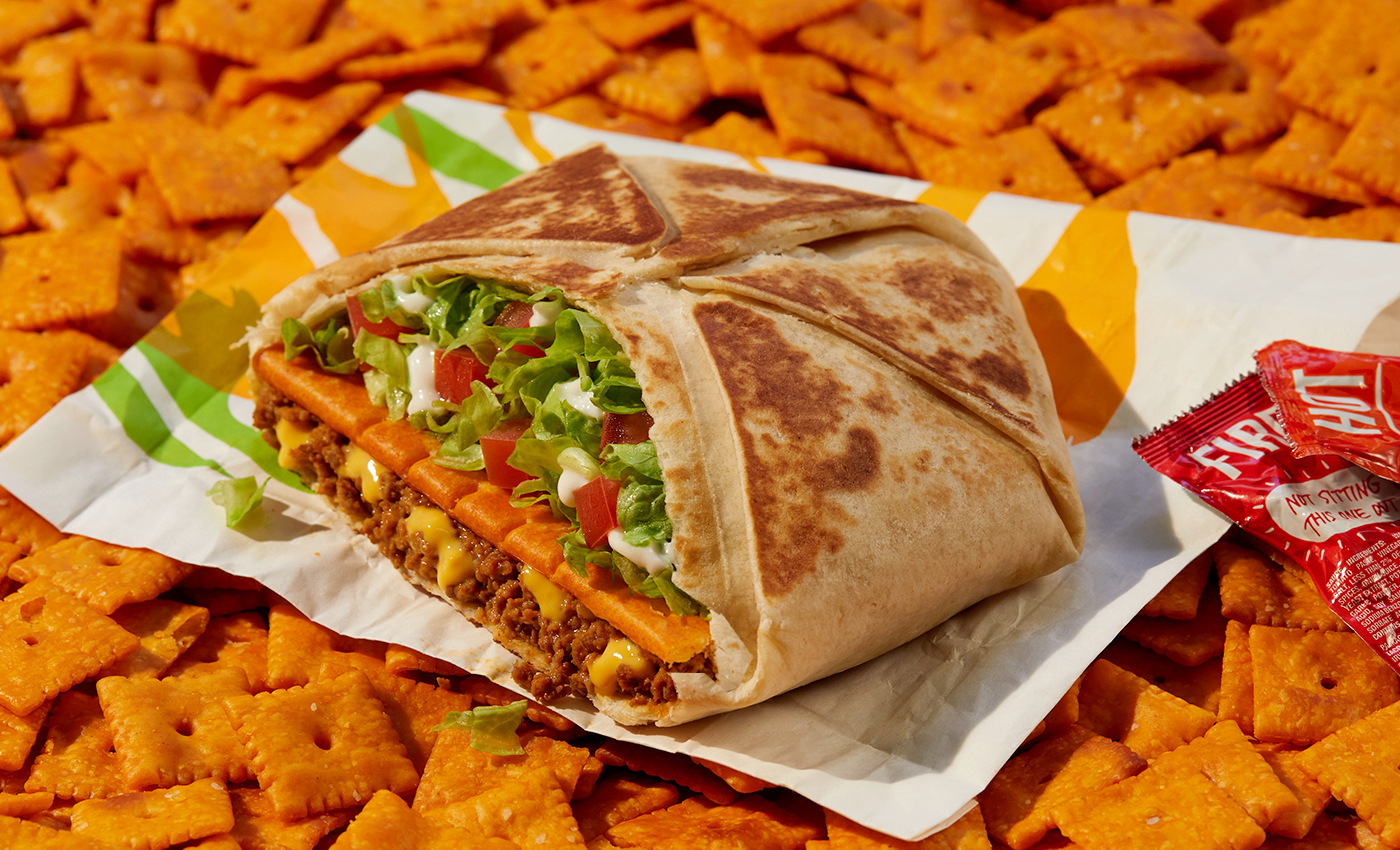 Taco Bell’s digital users can enjoy even more crunch with an item that’s exclusive to website and mobile app orders: The Big Cheez-It Crunchwrap Supreme. The Crunchwrap’s usual tostada shell is swapped for the oversized Cheez-It cracker, layered with seasoned beef, nacho cheese sauce, lettuce, sour cream and tomatoes, then wrapped inside a tortilla and grilled. It’s priced at $4.29.

It's the first time the chain is offering a digital exclusive as part of a one-restaurant test.

Taco Bell is notorious for creating buzz and customer demand by running short-term LTOs that last just a few weeks or “until supplies last.”

In May, the Mexican Pizza returned to the menu after a two-year hiatus, but demand was seven times greater than expected and supplies didn’t last. The Toasted Cheddar Chalupa, Nacho Fries and Quesarito, some of which were online exclusives, are other recent relaunches destined to have a short shelf life.

Whether the Big Cheez-It Tostada will fall into this same category remains to be seen. Currently, it’s in test and if it proves popular enough, has a good chance of returning to Taco Bell for another limited run.