If that sounds familiar, it’s because it is: McDonald’s has a Double Quarter Pounder with the same toppings.

“We’d like to offer our deepest condolences to all the flat-top-fried double quarter-pound burgers out there,” Burger King said in its release announcing the sandwich. “We’re flame-grilling the competition.”

McDonald’s, of course, fries its burgers.

This isn’t the first time that Burger King has taken a McDonald’s sandwich and mimicked it with its flame-grilled patties. The chain has periodically served a Big King, which is remarkably similar to McDonald’s signature sandwich, the Big Mac.

Burger King has been marketing the difference between its burgers and those served by McDonald’s, Wendy’s and other rivals, focusing on its flame-grilled patties rather than those that are fried on flat-top or clamshell grills.

“Flat-top-fried double quarter-pound burgers ruled the game for a long and meaty time,” Burger King said in its release.

The company is selling its half-pound Double Quarter Pound King at a recommended price of $5.39. 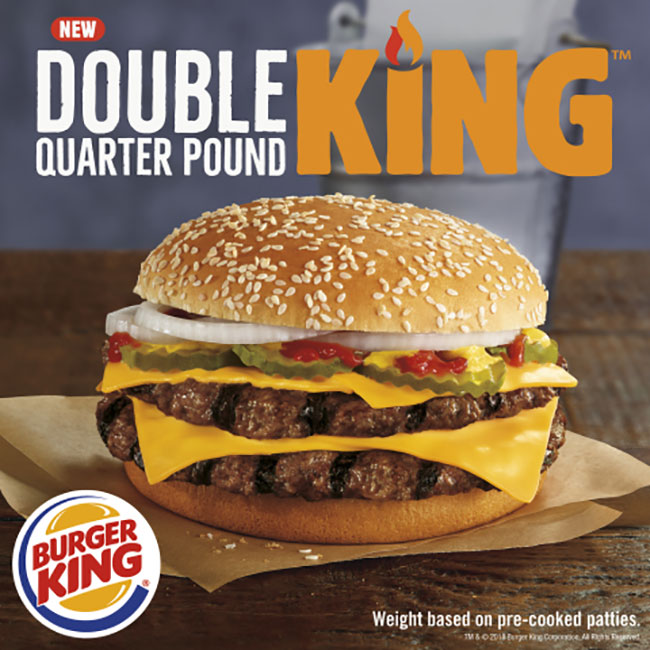