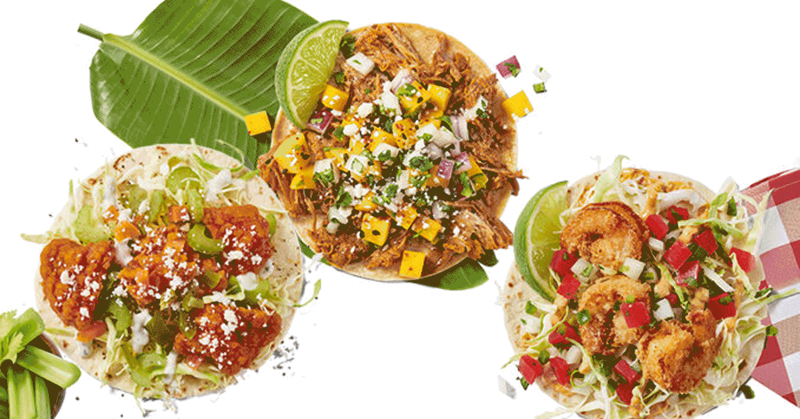 More than 15% of restaurant chains serve tacos, according to menu data from Restaurant Business sister company, Technomic. But when consumers are asked to name the tacos they find the most craveable, they zero in on the taco specialists.

In a recent survey by Technomic’s consumer brand tracking team, 10 taco chains rose to the top.

Coming in at No. 1 was Rubio’s, known for its fish tacos. As one consumer put it “their fish tacos are very good and unique and you can’t get them anywhere else that taste that good.”

Another respondent mentioned that mahi mahi as Rubio's fish of choice really sets them apart, while others singled out the chain's special sauce and fresh ingredients.

On the Border (No. 7) was lauded for its brisket tacos, while Moe’s Southwest Grill (No. 8) got points for its shredded pork filling and Taco John’s, for its generously stuffed beef tacos.

The jury was divided over soft vs. crunchy tacos. A fan of Taco Bell said “the crunchy tacos are the most craveable. These have a certain flavor you can’t get elsewhere,” while another praised the chain’s soft tacos as “better than other restaurants.”

Grilled soft tacos are the draw at Baja Fresh, with one respondent claiming “this is the only place in our neighborhood that has them.” But Chuy’s earned points for crunch, with the comment “I can get ‘crispy tacos’ at any Mexican restaurant, but they are better at Chuy’s than anywhere else.”

Jack in the Box, not known as a taco destination, surprisingly landed in the No. 4 spot. The tacos seem to be craveworthy for both their texture and value. Consumers called out the chain for its “deep fried tacos” that go for as little as two for a dollar.