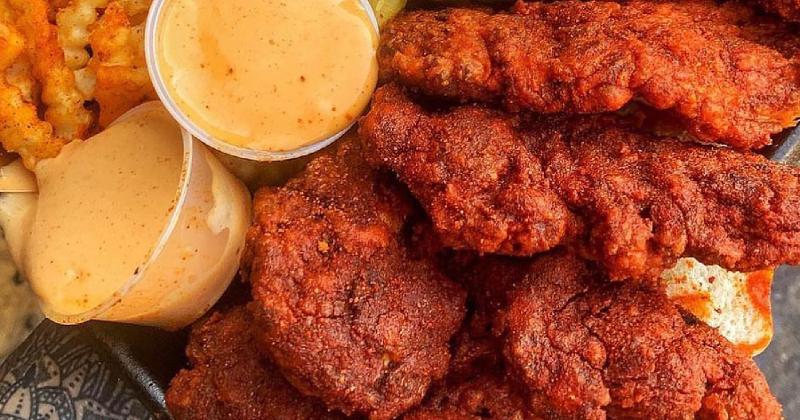 Jim Bitticks, president and COO of Los Angeles-based Dave’s Hot Chicken, gets positively jubilant when he talks about the current price of chicken.

“We use jumbo chicken tenders,” he said of Dave’s menu. “Six months ago, they were over $3 a pound, but now they’re holding steady at 98 cents. They’ve been dropping in price since October.”

Chicken prices have been a major point of stress over the last two years, Bitticks admitted, and along with other chicken-centric concepts, Dave’s had to weather the storm, finally raising menu prices by 6% in March 2022. Of the chain’s 105 locations, all are franchised except four.

“We waited a long time to raise prices, putting pressure on franchisees to hold off on increases, but both food and distribution costs went way up. Now we are able to have one pricing tier,” he said.

By the time Dave’s held its franchising meeting last August, things were looking up and franchisees were much happier. “At one time chicken was 13% of our spend, now it’s down to 8%,” said Bitticks. “The last three months have been wonderful and I expect chicken prices to remain in a much tighter, more normal range over the next year.” 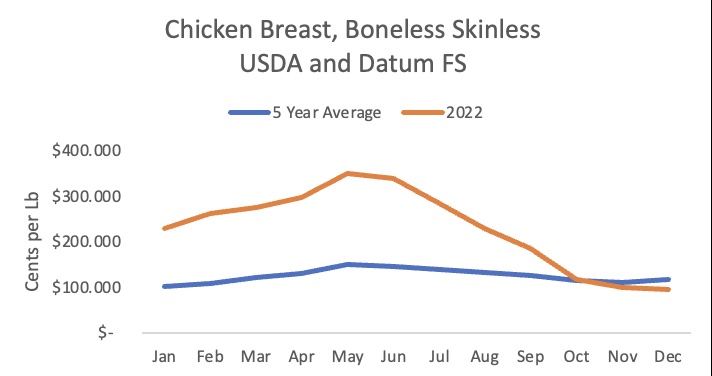 David Maloni, foodservice supply chain analyst and president of Datum FS, agrees that chicken breast prices have fallen drastically over the last six months, as have wings. But, he cautioned, prices are at their bottom and will move higher over the next six months. 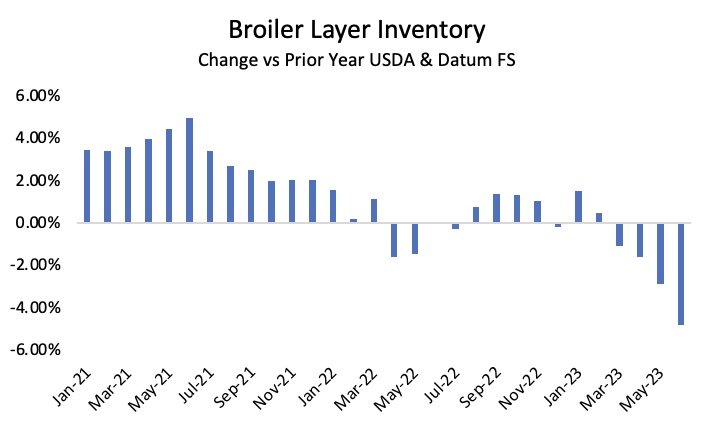 Additionally, chicken breasts are tremendously undervalued, especially when compared to ground beef, he said. Nevertheless, prices should still average below 2022 levels through 2023 and into 2024, he added.

Aaron Noveshen, founder and CEO of Sunnyvale, Calif.-based Starbird welcomes the lower prices but is cautiously optimistic. “The cost of the breast meat, tenders and wings we purchase are down 25% off their high point last June/July, but processing costs are still high,” he said.

The 12-unit Starbird sources No Antibiotics Ever (NAE) chicken and does all the brining and breading in-house, but the sizing is done outside. “I don’t envision the raw product going any lower and processing and transportation are already high, so we’re not really reaping much benefit. I’m also worried about grain costs,” said Noveshen. “Plus we already pay a premium for NAE chicken.”

One independent concept that is currently sharing the dip in chicken prices with customers is Honey Butter Fried Chicken in Chicago. Last week, the restaurant announced on Instagram that “…after nearly three years of price increases from our suppliers for the high quality chicken we use, we have finally seen the cost of chicken come down. To start 2023, we are passing that savings on to you.”

But digital menus are fluid and this may turn out to be a short-term perk.

Both Noveshen and Bitticks are not going that route, preferring instead to offer promotions to share the benefit of lower chicken prices. Starbird is currently running a truffle promotion, offering Truffle Parm Tenders, a Truffle Bird crispy chicken sandwich with truffle aioli and Truffle Parmesan Wings, all of which use real truffle oil. Prices range from $10.97 to $12.97.

“We focus more on product innovation rather than discounting and target deals to our loyalty customers,” said Noveshen.

Dave’s Hot Chicken started offering lower priced meal options that reflect its lower food costs and are a better deal for customers than purchasing items separately. A combo of a sandwich and fries is $9.99.

“The margins are lower but we don’t want to price ourselves out of the market,” said Bitticks. And higher margins on other items balance out the combo meals.