Dunkin’ Donuts is offering customers two breakfast sandwiches for as little as $2 under a tiered menu of everyday bargains available as of today.

The Dunkin’ Go2s menu features egg sandwiches priced per pair at $2, $3 and $5. Although the items are breakfast staples, they will be available all day. 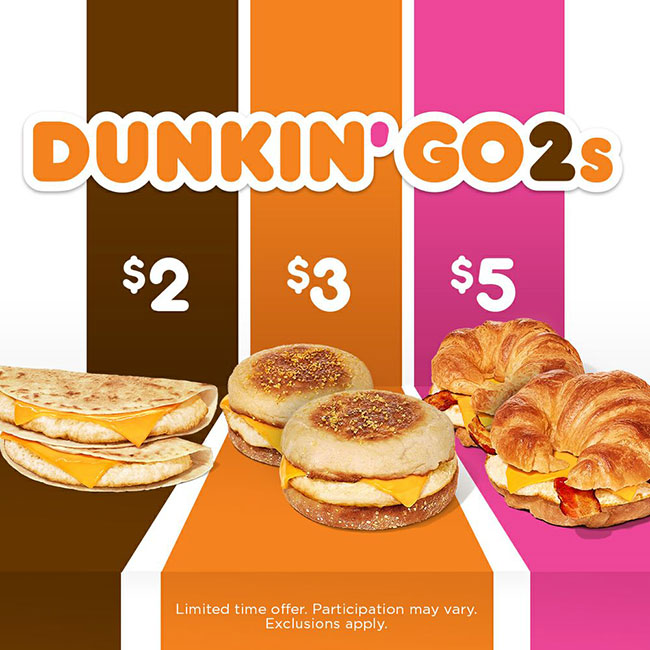 For $2, patrons can get two Egg & Cheese Wake-Up Wraps. For another dollar, they can step up to two egg and cheese sandwiches made with an English muffin, and for $5 they can add bacon and replace the muffins with croissants.

Chain executives indicated earlier this year that the deal has been under development for two years.

Dunkin’ is running a contest, Go-getters Go2 Dunkin’, as part of the new menu’s introduction. Consumers will be asked to submit an account of how they strive to achieve. Three of the submitted accounts will be chosen by Dunkin’ as the most impressive, with the winners awarded a trophy and a pass for free Dunkin’ food.

The  deals will also be touted in stores during a planned giveaway of cold-brewed coffee samples this Friday between 10 a.m. and 2 p.m.