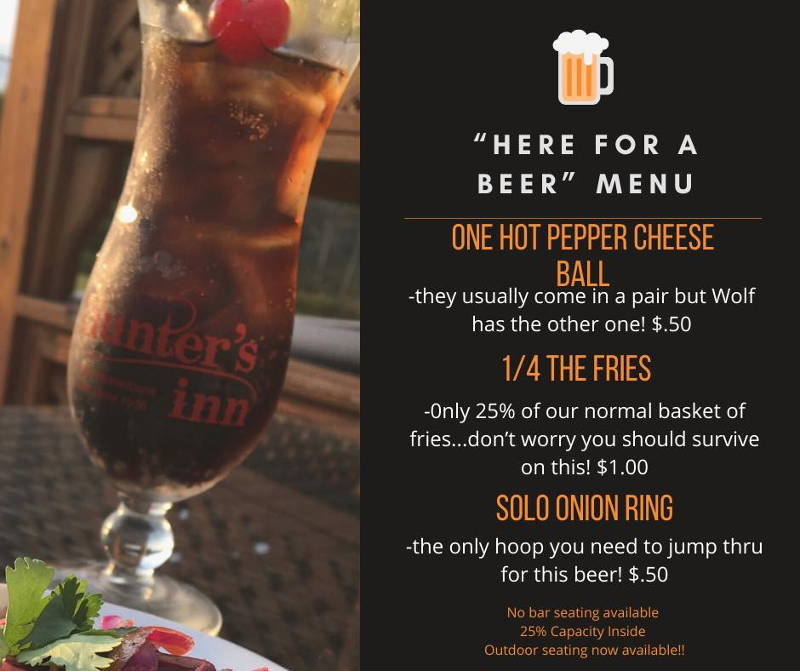 At Hunter’s Inn, a bar-restaurant in Meadville, Penn., patrons can now order a solo onion ring for 50 cents or a quarter basket of fries for $1.

The itsy bitsy teenie weenie menu items are part of the restaurant’s new “Here for a Beer” offerings created to comply with the state’s recent mandate requiring food to be served with all alcoholic beverages to slow the spread of COVID-19.

“It’s very, very exhausting to be an operator right now,” said Megan Votka, who co-owns Hunter’s Inn with her sister. “It’s a very dire situation in our industry. We decided a little bit of humor would be well-received, and it has.” 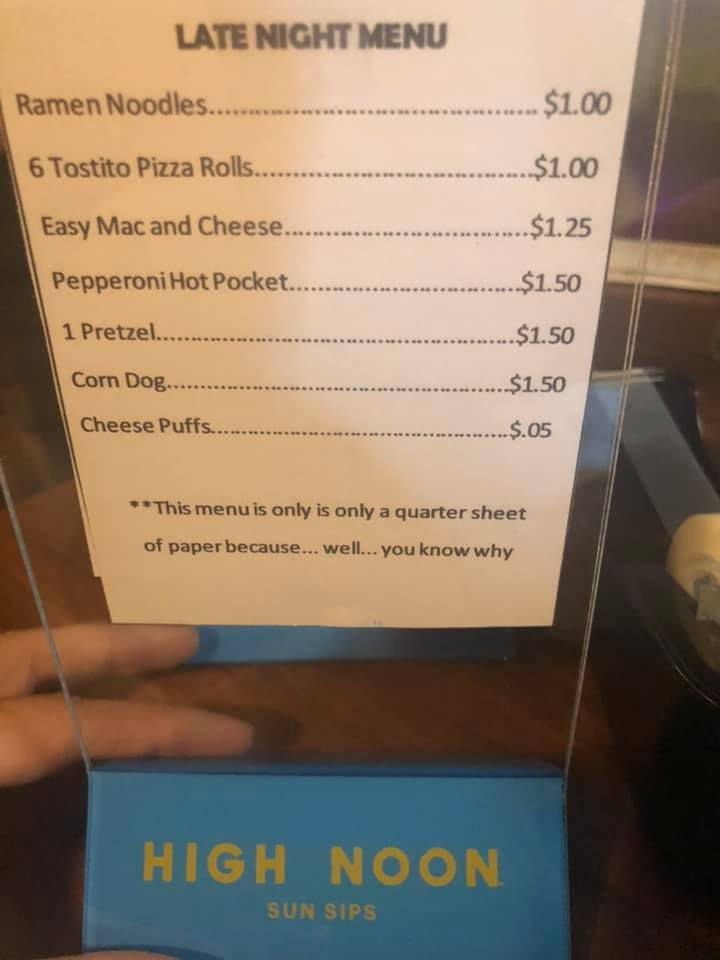 Hunter’s Inn’s new menu, which also includes one hot pepper cheese ball for 50 cents, has been shared on Facebook more than 650 times since it was posted less than a week ago. People looking to get out of the house showed up at the restaurant last weekend in classic cars and motorcycles, drawn in by the Here for Beer offerings, Votka said.

“It was mostly people wanting to get out of the house and go for a drive, and this is where they drove,” she said. “They wanted to come support us.”

A number of operators, trying to adhere to swiftly changing rules for bars and alcohol service, have added small, inexpensive menu items in recent days for patrons who mostly want to come in for a beer, wine or cocktail.

Greersburg Tavern in Darlington, Penn., added a late-night menu, designed so the establishment can stay open after the kitchen closes. It includes one cheese puff for 5 cents, a pepperoni Hot Pocket for $1.50 and ramen noodles for $1.

Harvey’s Restaurant and Bar in Saratoga Springs, NY, added a $1 bowl of “Cuomo Chips” to its menu to adhere to New York Gov. Andrew Cuomo’s food-with-alcohol mandate. The restaurant posted a statement on Facebook, noting that its irreverent new menu item does not mean the establishment isn’t following all safety rules and guidelines.

“At no point has this business been lacking in compliance,” the operator wrote. “In regards to our ‘Cuomo Chips,’ there is a constant rule in this industry. Religion and politics have no place in a bar/restaurant. While the sudden regulations imposed on businesses are difficult to work with, it is our responsibility to work within the confines of these decisions and, if possible, with some levity. Please don’t assume we’re taking a political stance here.”