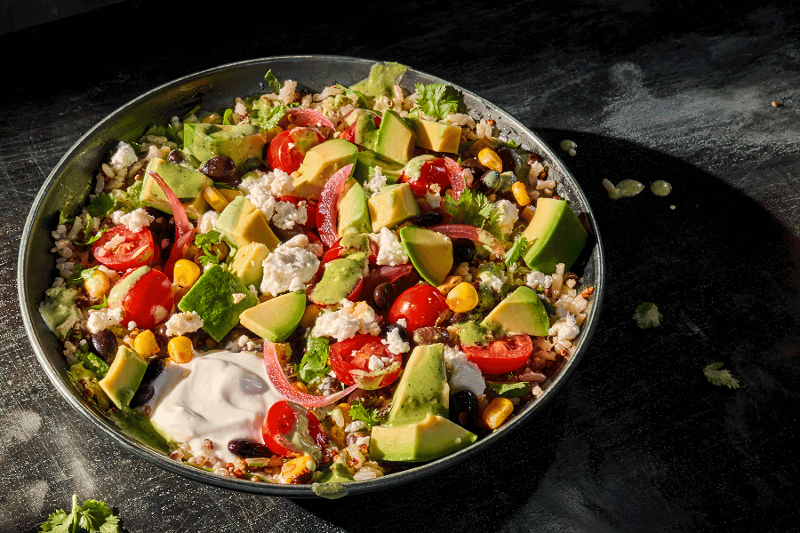 About 55% of Panera’s current menu qualifies as having a minimal carbon footprint and relatively limited impact on the environment, according to the company’s collaboration with global research nonprofit World Resources Institute.

“It’s complex,” CEO Niren Chaudhary told Restaurant Business. “We are determined to make it very simple in the way in which we raise awareness around this issue, to make it visible and transparent to our customers … It’s very similar to, say, the recommended daily calorific intake we should have.”

Replacing 10 quarter-pound burgers and fries with 10 Chipotle Chicken Avocado Melt sandwiches would reduce emissions equal to removing more than 16 million passenger vehicles from the road for a year, the chain said.

A quarter of all greenhouse gas emissions comes from food production, Chaudhary said.

“We know our customers really care about sustainability and being responsible,” he said.

Panera’s pantry of grains, vegetables and other plant-based items reduces its carbon footprint. The chain has previously stated a goal to make 50% of its entrees plant-based. Animal proteins, in limited quantities, can also be considered Cool Foods.

“We’re not saying any particular ingredient is good or bad,” he said. “We’re saying balance is key.”

Menu items will be labeled across all of Panera’s digital properties beginning this week, with plans to roll out in-store signage later. A social media campaign and outreach to the chain’s rewards members are also in the works.

In 2016, Panera committed to reducing its greenhouse gasses 15% by 2022 and the chain is on track to do that by implementing more efficient heating and cooling systems, optimized transport routes, streamlined packaging and more, Chaudhary said.

“We would love to see the food industry embrace this,” he said. “Just by the choice you make on your entrée, you can have such a dramatic impact on the environment.”

In July, 42-unit fast-casual chain Just Salad announced it would begin posting the carbon dioxide equivalent associated with each menu item. Customers can calculate the carbon footprint of customizable salads as well.