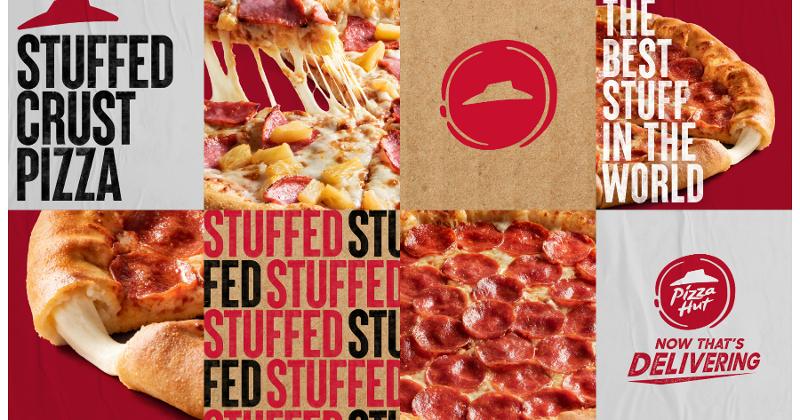 Pizza Hut considered killing off its iconic Stuffed Crust Pizza 11 times before it launched 25 years ago.

Today the menu item is such a staple that some of its global pizzas are stuffed with ingredients like salmon roe and even potato chips.

“Stuffed Crust Pizza was invented after we noticed that customers were leaving the crust behind when they ate a slice of pizza,” said Brock Johnson, innovation leader for the chain’s R&D global team based in Dallas, during a virtual presentation Wednesday. “Pizza Hut stuffed the crust with cheese and it became a category disruptor.”

But the stuffed crust added operational complexity and increased costs due to additional small wares, so the signature pizza almost didn't happen. Overwhelming consumer response prompted Pizza Hut to release the first iteration at Super Bowl 1995, and it was an immediate hit.

Since then, Pizza Hut has introduced more than 40 stuffed crust variations, led by its chefs in Asia, the U.K., Europe, the Middle East, Africa, Mexico, Latin America, Canada and the U.S. And other big pizza brands, including Papa John’s and Little Caesar’s, have copied the idea, launching their own versions.

During the Zoom presentation, Pizza Hut chefs from around the world identified some of their favorite and most popular inventions, many of which reflect local ingredients and flavors.

In the Middle East, a crust stuffed with sesame seeds and cream cheese was a winner, as was one with four kinds of cheese, including a Syrian cheese. A kebab-stuffed crust, also incorporating a local ingredient, is on the lineup this month. And sumac and za’atar are often used as seasonings.

Asia gets the funkiest with its combinations, the chefs agreed. Hong Kong units launched a crust filled with cheese and salmon roe, while a durian-stuffed crust took off in China and Malaysia. Asian customers were also treated to a bubble tea dessert pizza topped with custard, boba and green tea.

But garlic seems to be universally loved the world over, often combined with butter and up to six cheeses.

Coming up next? In 2022, the U.K. is debuting a crust stuffed with vegan cheese, which can complement the plant-based toppings Pizza Hut is working on with Beyond Meat. These include fake pork, beef and sausage crumbles, as well as the latest—pepperoni—which has been in development for two years.

And Latin American customers may be getting a potato chip stuffed crust at their Pizza Hut locations.

While it sounds like the sky’s the limit when it comes to stuffing the crust, all the components have to go through the pizza oven at the same temperature for the same amount of time. That places some limitations on the combinations.

“We always look for ingredients that can be executed well with existing equipment and processes,” said Johnson.