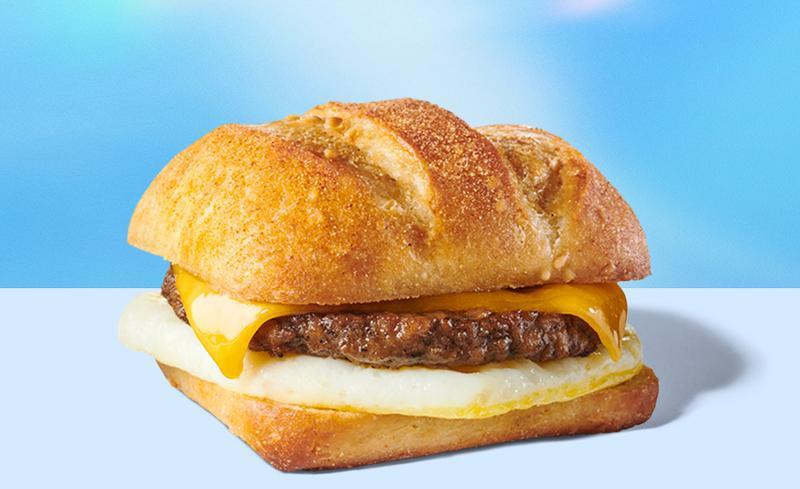 Meanwhile, Burger King expanded the Impossible Croissan’wich to all of its U.S. locations earlier in June. The BK breakfast sandwich layers the imitation sausage with eggs and cheese on a croissant, while Starbucks uses a ciabatta roll as the carrier.

This flurry of activity around plant-based breakfast sausage patties comes as chains get back into marketing new menu items after putting that on the back burner when COVID-19 hit. During a virtual press conference Monday, Impossible Foods’ CEO Pat Brown admitted it is timely to position plant-based meats as a safe and healthy alternative to animal products—especially in light of meat plant closures during the pandemic. 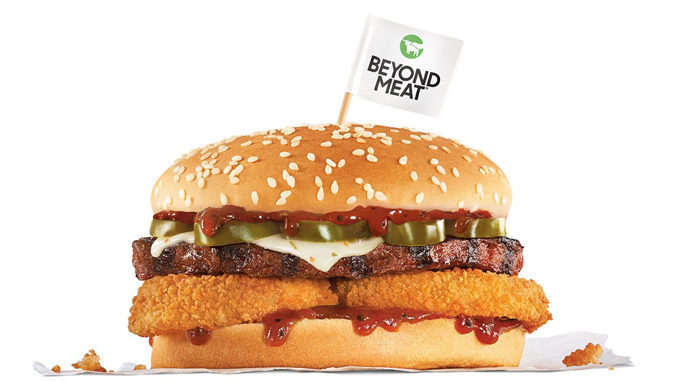 Debuting at Carl’s Jr. and Hardee’s is the latest version of another plant-based brand: the Beyond Spicy BBQ Cheeseburger. The limited-time offer features a Beyond Burger patty topped with jalapenos, onion rings and pepper jack cheese on a sesame seed bun.

On the casual-dining side, TGI Fridays added three new protein options to its Million Dollar Cobb and Caesar salads. Guests can now customize their salad with a Beyond Meat patty, as well as salmon and sirloin.

In the past year, there’s been a 140% increase in plant-based meat mentions in Yelp reviews, said Yelp Trend Expert Tara Lewis during the Impossible Foods press conference. Lewis and Yelp are working with the faux-meat company to identify America’s best diners. The goal is to get the new product onto the menus of the top 30 breakfast-centric, independent restaurants categorized as diners, and Impossible Foods will reward them with a free supply of the plant-based sausage patties.

How multi-location operators are focusing on their customers and employees