Owner Christopher Mullins is getting a jumpstart on fall at McGillin’s Olde Ale House in Philadelphia. The 152-year-old tavern launched its Oktoberfest celebration at the end of August. “We try to be the first for all of the holidays,” says Mullins. Early celebrations often catch notice from the local press and create a buzz in customers’ minds, he says. 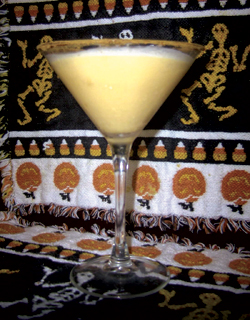 And, he notes, brewers are already ramping up their fall production. “If you don’t get the seasonal beers when they are first available, often you are out of luck. Some bars will buy and hold, but frankly we don’t have the space to do that.”

Although many people associate Oktoberfest with October, it’s traditionally celebrated the last week of September. “We’re just celebrating for the entire month,” notes Mullins. “There’s a good marketing opportunity because September is a transition time: people are coming back from vacation, going back to school. People are ready for the leaves to change, to put on their sweaters and drink seasonally.”

The end of McGillin’s Oktoberfest promotion coincides with the Midtown Village Fall Festival—an event that attracts a crowd of 50,000. After that, until Halloween, the restaurant’s beverage menu becomes pumpkin-centric, with a greater emphasis on pumpkin beers as well as squash-accented cocktails. These include a Pumpkin Bomb and Pumpkin Martini, of which Mullins estimates the bar will sell over a thousand by year’s end. Pumpkin-flavored liqueur is mixed with vanilla vodka and cream, and served in a glass rimmed with cinnamon sugar. The Pumpkin Bomb is a pint of pumpkin ale accompanied by a mixed shot of pumpkin liqueur and Captain Morgan Spiced Rum.

Christmas comes early at McGillin’s, too; staff decorate the first week of November. In the same spirit, the bar starts featuring new winter and holiday brews. “Seasonal changes keep the menu fresh,” concludes Mullins. “When you’ve been around for 152 years, you have to keep it fresh.”