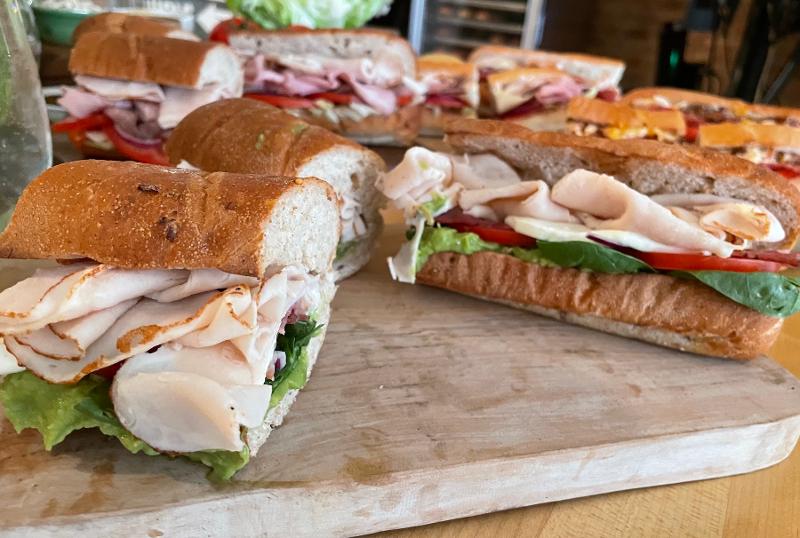 Subway is making what it calls the biggest menu refresh in its history, a broad overhaul that includes a combination of upgraded ingredients or new, updated or returned sandwiches designed to reinvigorate the sandwich giant.

The “Eat Fresh Refresh” arrives in the chain’s 21,000 U.S. restaurants on July 13, when it is giving away a six-inch Turkey Cali Fresh sub, one of its new sandwiches,  between 10 a.m. and noon.

Subway is also taking the unusual step of closing its restaurants early the night before, at 6 p.m., which it is calling a “refresh break” to prepare its employees for the debut of the new menu.

The changes will include 11 newly improved ingredients, including upgrades to its signature Italian bread as well as its Hearty Multigrain bread. The company has also created four new sandwiches and is bringing back two others, Roast Beef and Rotisserie Chicken, that had been removed from the menu last summer. Another four sandwiches have been upgraded due to the better ingredients.

Company executives also assured that they are putting the weight of Subway’s marketing budget behind the effort.

“This is one of the boldest changes in core menu in decades,” Trevor Haynes, president of North America at the Milford, Conn.-based sandwich giant. “It’s really the beginning of a multi-year journey.”

In addition to the menu changes, Subway says it is rolling out Subway Delivers—a white-label delivery provided by DoorDash that will be available on the company’s website and app. The service will be available in select areas but will ultimately be available nationally. It is part of continued efforts by the company to simplify the digital ordering experience.

The changes come at a crucial time for the chain, whose franchisees have closed more than 5,000 locations over the past five years. Subway's operators are walking away from the brand, there are rumors of a potential sale (which the company has denied) and ownership is taking controversial steps such as offering a new franchise agreement with a 10% royalty.

In the middle of this the company is facing questions about the contents of its tuna, thanks to a lawsuit in California followed by tests by the New York Times that proved inconclusive—Subway once again made assurances that its tuna is, in fact, tuna.

Subway in recent years has made several efforts to get customers enthused about its products, including new sandwiches, revamped interiors and various technology efforts.

Yet this one is both bigger and different, company executives say. Some franchisees agree. “This is a whole new taste profile,” said John Dell, who owns 130 locations in Tennessee, Kentucky and Florida. “But it doesn’t change the way we do business.”

The most notable change is the bread. The chain’s Italian bread is baked for longer, at a hotter temperature, 370 degrees, to give it a crispier crust. The company also upgraded the recipe to its multigrain bread, which is made with Amber soft grain and three types of seeds.

It's the first time since 2000 that Subway made any changes to its bread. Back then, the company switched from digging a trench at the top of the bread to slicing it and also added seasonings.

The new procedure is designed to “minimize any disruption” to the company’s franchisees, who operate the chain’s restaurants. And both Dell and David Liseno, a four-unit franchisee in New York State, dismissed any potential operations concerns with the new baking process. “We need to have the best bread we can have in the restaurant,” Dell said.

In addition to the bread, Subway will offer smashed avocado with sea salt; BelGioioso Fresh Mozzarella and a new Parmesan Vinaigrette.

“We realize that as a brand we need to innovate,” Liseno said. “As the market leader we’re the hunted. And if you’re not staying one step above the competition, you’re falling behind.” The menu, he promised, “is going to be epic.”