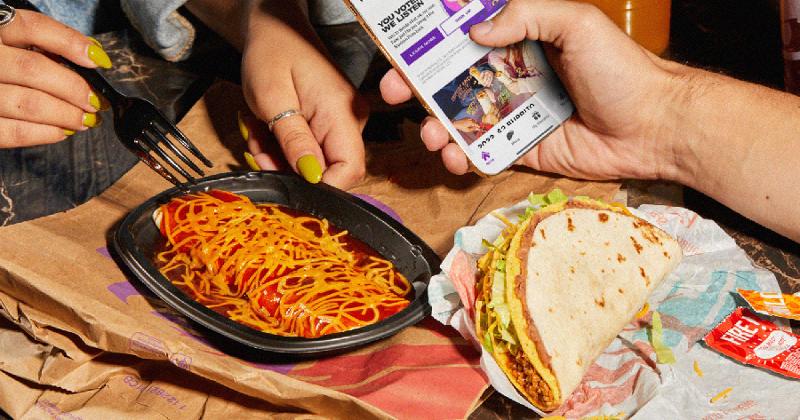 Fans vote on the app to return the Enchirito (left) or the Double Decker Taco (right) to Taco Bell's menu. /Photo courtesy of Taco Bell

Taco Bell is putting the fate of two favorite menu items in the hands of its most loyal fans.

The matchup is between the Enchirito and Double Decker Taco, both of which have received requests to Taco Bell for their return to the menu.

Starting Tuesday and through Oct. 6, Rewards members can cast their vote in the Taco Bell app for their comeback choice. The winner will be displayed Oct. 7 and launch at participating locations at a later date.

“On the heels of the love and passion we saw for Mexican Pizza, we wanted to continue elevating the voices of our most loyal fans by giving them exclusive access to a uniquely digital experience that fosters brand love,” Sean Tresvant, Taco Bell's Chief Brand Officer, said in a statement. “Nobody gets Taco Bell more than our community so we’re thrilled to empower them with this in-app voting experience that allows them to have a direct impact on our menu.”

The Mexican Pizza came back for a return engagement on Sept. 15, accompanied by much fanfare with a musical starring Dolly Parton. This was its second coming this year; the first happened in May but demand was so strong, that Taco Bell ran out of the item after a couple of weeks.

It remains to be seen if the Double Decker Taco or Enchirito will elicit such a strong response.

The former made its debut as an LTO in 1995 and landed on the permanent menu in June, 2006, but was discontinued in 2019. The Double Decker Taco features a soft flour tortilla layered with beans, then wrapped around a crunchy taco shell filled with seasoned beef, lettuce and cheddar cheese.

The Enchirito goes all the way back in fast-food history to 1970, with a run that lasted more than 40 years until 2013. It’s composed of a soft flour tortilla, seasoned beef, beans and diced onions, rolled up and smothered in classic red sauce then topped with melted cheddar.

Only Taco Bell Rewards members can vote to determine the victor. To take part, new fans can download the app and sign up for an account.

Creating extreme demand by removing and returning items to the menu has proven a winning strategy for Taco Bell. The limited-run of the Mexican Pizza was enough to increase same-store sales 8% in the second quarter.