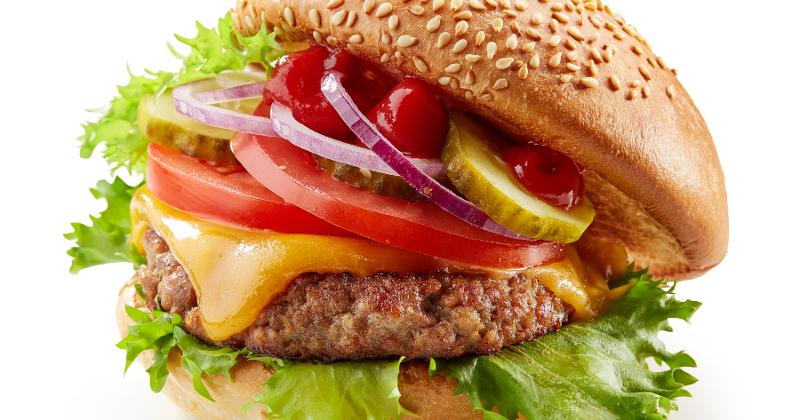 Burgers appear on 41% of chain restaurant menus, but certain brands zero in on this all-American favorite. Those are the concepts that rose to the top in Technomic’s ranking of consumers’ most craveable burgers.

Some of the Top 10 have been around for decades, while others are relative newcomers. A couple have the word “burger” in their name, but that isn’t a major selling point.

Wondering which chains made the cut? Here’s the list of restaurants with the most craveable burgers, starting with No. 10, according to Restaurant Business sister firm Technomic.

Coming in at last place, but still a favorite with 41.5% of consumers, is Five Guys. One respondent said, “I crave really flavorful beef, and Five Guys is the best-tasting burger.” The juiciness of the meat also wins points, and several consumers singled out the chain’s bacon cheeseburger in particular. But one said “…the taste is craveable. Not like a home-cooked burger but better than a Whopper. Way better. Not better than In-N-Out; no way.”

Aside from the burgers, customers really like Five Guys’ fries and the free peanuts the chain gives away.

Cheeseburgers are the go-to at Shake Shack, especially the ShackBurger, with its signature ShackSauce. “It’s especially yummy, always fulfills the craving,” said one fan. Others cited the crinkle cut fries and onion rings, all of which placed this fast casual in ninth place, ranked as craveable by 42.6% of consumers.

Red Robin is the only full-service chain in the Top 10, landing at No. 8 with 44.2% of consumers. “If I’m craving a burger but one with substance, I go here because I know it will satisfy my craving,” said one respondent. Another noted the chain serves “the best two-patty burger you can get at this price.” The brand is known for its variety of specialty burgers and people singled out the A 1 Peppercorn Burger and Whiskey River BBQ Burger as especially craveable. But the bottomless fries and tower of onion rings are also draws.

Just edging out Red Robin is Carl’s Jr., ranked as craveable with 44.3% of respondents. The fast-food chain offers several unique burgers, and those are the ones that consumers crave. “I usually get the jalapeno thickburger, which is my craveable item,” said one. Another pointed to the Western bacon burger and breakfast burger, while a third said “the Double Western Cheeseburger is my all-time favorite.”

Landing in sixth place is In-N-Out, rated as craveable by 47.6% of consumers. None of those surveyed could pinpoint why these burgers keep them coming back. Answers are kind of vague, such as “the burgers taste unique for some reason, so I crave those,” and “any of the burgers on the menu are craveable. That’s what makes In-N-Out the place that it is.”

Not one mentioned ordering their burger animal-style, the cult favorite from the chain’s “secret menu.”

Smashburger has not been around as long as some of the other burger concepts on the list, but its craveability rating hit 49.4%, placing it at No. 5 in the ranking. Categorized as a “better burger” chain, the fast casual popularized the trend of smashing burgers on the grill and folding in different ingredients. This appeals to consumers, one of whom said “the avocado smashburger is one of a kind; it’s literally the best burger I’ve ever had and I have not found another place that has come close to their burgers.”

Chosen as craveable by 51.5% of consumers, Whataburger comes in at fourth place in Technomic’s burger ranking. Size seems to matter, to quote one respondent: “Them big burgers with fries are what I’m craving.” Others singled out specific builds as “the best,” including the Swiss mushroom burger, avocado burger and a Whataburger mustard all the way.

Burger King usually plays second fiddle to McDonald’s as a fast-food burger destination, but in the survey it ranked 54.4% in craveability. (McDonald’s didn’t even make the top 10.) What do consumers like about the King’s burgers? “I crave that char taste,” one noted, while a few others can’t resist the brand’s signature Whopper. “I love the Whopper with cheese, no tomato” and “I love to eat the Whopper a lot,” were a couple of the comments.

Jumping into second place at almost seven percentage points ahead of Burger King is Krystal, earning a high craveability score with 61.2% of respondents. While large burgers matter to Whataburger customers, fans of Krystal go for the brand’s mini burgers. They’re steamed with their buns to keep the texture juicy. A Krystal customer summed it up: “Craveable mini burgers!”

Scoring even higher with burger fans is White Castle; 72.4% of consumers ranked the chain’s sliders as the most craveable of all. The chain will be 101 years old in September, but the petite square burgers have been made the same way since the beginning. They’re punched with holes, placed over a pile of chopped onions and steamed—separately from the buns.

“The steamed burgers are the best,” said one respondent, while another claimed the sliders are  “the best little cheeseburgers on the planet.” A third noted their uniqueness: “Only White Castle makes them like that and they are certainly craveable.”

From pickle juice to peanut butter, flavor tops the news

Some restaurants see a cautious consumer. Others, not so much

Restaurants continue to flex their muscles in Washington D.C.