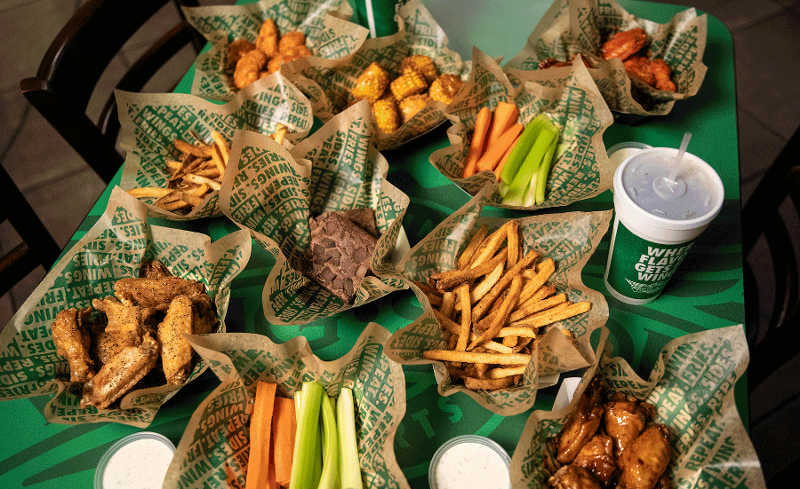 Wingstop made some waves late last year when it said it was testing bone-in chicken thighs.

The test, conducted in seven cities, was seen as a way to mitigate volatile wing prices, part of the chain’s “whole-bird strategy.”

Since the announcement, though, the Dallas-based brand has said little about its thigh test, until a call with analysts this week.

“We’re going to continue to work on ways we can use dark meat in our products,” CEO Charlie Morrison said. “The thighs are a great example of that in the test that we did. And we have a lot of good learning there that allows us to pull that lever when we need it.”

But Wingstop, apparently, does not need those thighs now.

Despite a 17.7% jump in the price of bone-in wings over the last year as operators around the country launch virtual wing brands, the chain said it was willing and able to ride out the increase.

“This is a pandemic thing more than anything,” Morrison said. “And I think, as we start to retreat back to some normalcy and we pray that we do, brands like Chili’s will put their fryers to use to take care of the dining room. We won’t be seeing chicken wings flowing through. That’s our guess. Other of these brands that are emerging, we understand, and I’ve said many times, we support what they’re doing to try and keep their restaurants capacity up. It’s a smart move. But do we believe it’s sustainable? Probably not.”

Looking at Wingstop’s latest earnings, it’s easy to see why the chain can weather some volatility in commodity pricing.

As for bone-in thighs, Morrison said the brand learned much during the test but that there is no current plan to roll out thighs systemwide.

“But we do have enough learning to be able to support what we believe is going to be a product for the future of the brand,” he said. “Dark meat in general becomes a great opportunity as well … But right now, we’re going to focus on making sure we connect with these new guests, bring them into the building. We don’t think that necessarily a new product is going to be the answer.”