The Future 50, our annual ranking of the fastest-growing small chains in the U.S., offers a snapshot of restaurant concepts on the rise: the up-and-comers that are the ones to watch, invest in or be inspired by. 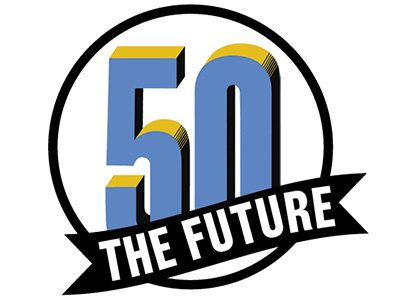 The list brings to light some emerging trends. Where frozen yogurt once reigned (capturing the top spot in three of the previous four years), chicken now soars. As you’ll see in the ranking, Tampa, Fla.-based PDQ leads all others, with 280 percent year-over-year growth. Also thriving: better-for-you chains, tapping into consumers’ desire for healthier menu options.

Compiled by our partners at Technomic, The Future 50 spotlights chains with annual sales between $25 million and $50 million and unit growth of at least 10 percent in 2013, a milestone signaling chains on the brink of national recognition and remarkable growth.

As consumers’ quest for healthier menus gets more nuanced, Mediterranean is rising, fueled in part by reports of the cuisine’s tendency to lower heart attacks and strokes. It’s a natural hook for fastgrowing, fast-casual concepts, including four of this year’s Future 50. While most allow guests to mix and match ingredients, there’s surprising diversity among the concepts— from Roti’s shawarmafocused menu (No. 20) to the extended offerings including dolmades and tapas at Pita Jungle (No. 27) and Taziki’s (No. 13).

Fast casual, and fastcasual burger concepts in particular, had a strong showing this year. But fine-dining and high-end, polished-casual brands held their own, grabbing five listings, including Hakassan (No. 3) and Bob’s Steak & Chop House (No. 26).

This year’s list reflects the restaurant industry’s shifting emphasis from full-tilt expansion to generating higher sales volumes per location. Twelve of the chains in the systemwide-sales growth ranking had 15 or fewer stores; 14 had average annual unit volumes of more than $3 million.

Digital menu boards are quickly becoming a staple in the quick-service sector, but at least four Future 50 brands still prefer whiteboards, chalkboards, backlit menus and other signboards on which the listings are handwritten.

Outpacing the pack of midtier chains doesn’t spare a Future 50 growth demon from the industrywide slowdown in guest traffic. More than half of the concepts here had declines or no change in same-store sales during 2013.

Classic games were back in vogue for this year’s Future 50, from bowling at Bowlmore Lanes (No. 8) and Pinstripes (No. 12) to bingo and trivia contests at Pluckers Wing Bar (No. 40).

While still widespread, words such as “fresh” and “housemade” have begun to run their course, says Darren Tristano, executive vice president at Technomic. Today, “fired” is the hot term at concepts such as Sharky’s Woodfired Mexican Grill (No. 22) and Grimaldi’s (No. 44), which touts its coal-fired brick ovens.