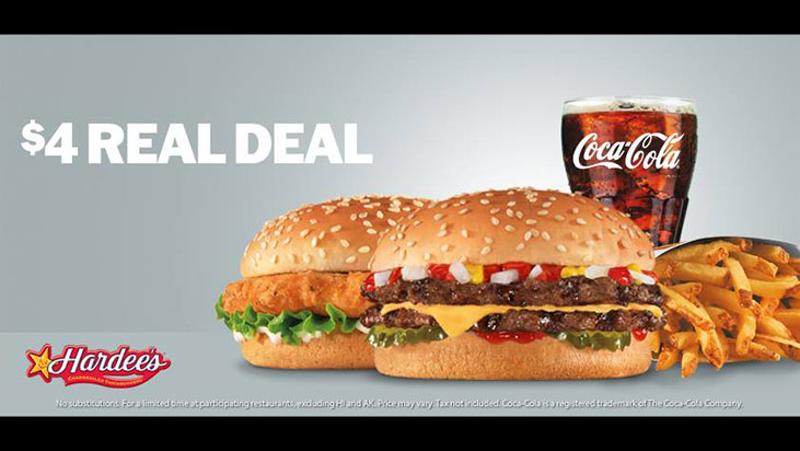 Hardee’s and Carl’s Jr. have introduced their version of the value meals currently being offered by a number of their QSR competitors.

With the chains’ new $4 Real Deal, customers can purchase a double cheeseburger, spicy chicken sandwich, fries and a beverage for the price tag of $4.

“The fast food industry hasn’t seen this kind of a price war since the ‘90s, but other chains are now trying to fight the fight by promoting small amounts of food for a small amount of money,” Brad Haley, chief marketing officer for Carl’s Jr. and Hardee’s, said in a statement. “But just because something’s cheap doesn’t mean it’s a great deal.”

Haley said Hardee’s and Carl’s Jr. will be promoting their Real Deal with a series of ads featuring boxing champion Evander Holyfield.