The parent of Applebee’s and IHOP is searching for a new CEO to succeed Steve Joyce, whose contract will not be renewed when it expires on Feb. 1, the company, Dine Brands Global, said. 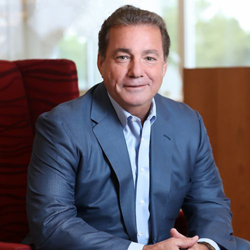 “We appreciate Steve’s considerable contributions to Dine Brands during a critical period for the company accentuated by this current crisis,” Richard Dahl, chairman of the Board. “We are pleased to be working with Spencer Stuart to identify a leader from both an internal and external pool of candidates.”

No reason for the non-renewal of Joyce’s contract was given. He joined the company in 2017 after a disastrous move upmarket by Applebee’s had left the chain in need of a turnaround. Franchisees had pushed for the replacement of then-CEO Julia Stewart by Joyce, who was recruited from the lodging industry. He brought to the job considerable experience in dealing with franchised chains. Applebee’s and IHOP are nearly all franchised.

In a statement released by Dine Brands, Joyce commented, “I am proud of the growth that we have experienced during my tenure as chief executive officer. Since 2017, we have established and executed on strategic plans, strengthened the franchisee base, completed a $1.3 billion securitization transaction and returned significant capital to stockholders. With the occurrence of the crisis due to the Coronavirus pandemic, it is not only essential that we all focus on our current situation, but also our emergence with a strong leadership team for the future.”

During the pandemic, Applebee’s and IHOP failed to match the performance of competitors in attempting to maintain a portion of sales through takeout and delivery. Applebee’s same-store sales for the week ended April 19 were down 64.4%, while IHOP’s comps fell 75.4%.

A shareholder instigated a vote on whether to spin off IHOP. That motion was defeated by the body of stockholders.