Julio Ramirez, who held a variety of positions with Burger King over more than 30 years, will head up the better-burger concept, which was recently acquired for $100 million in cash and stock in a reverse merger by Opes Acquisition Corp. 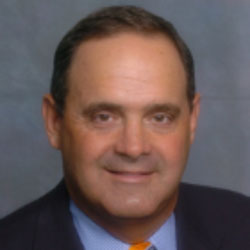 “BurgerFi has several unique brand differentiators with its premium natural ingredients, technology enhanced infrastructure and commitment to sustainability that has the potential to capture significant market share, both nationally and internationally, through a highly scalable model,” Ramierez said in a statement. “I look forward to leading the team through its next chapter of expansion and the continued evolution of the brand.”

Ramirez started his work with Burger King Corp. in 1984, running marketing in Florida, before being promoted to director of field marketing in 1992. During that time, he led the chain’s “Back to Basics” campaign. In the early 2000s, he oversaw more than 1,100 franchisees in North America. He also served as president of the company’s Latin America/Mexico/Caribbean division, introducing the chain to 10 near countries. He left the burger chain in 2010 as executive vice president of global operations.

“BurgerFi has continued to lead the space with powerful leadership and Julio’s expertise will allow us to continue to grow within the ‘better burger’ segment,” Ophir Sternberg, chairman and CEO of Opes, said in a statement. “There is a strong market and a captive audience for fast-casual experiences. Development strategies and tactics will be key, and BurgerFi has a scalable model to grow exponentially into more locations through top institutional developers, unique growth vehicles like ghost kitchens and working with successful multi-brand operators.”

Opes and BurgerFi announced their merger plans in June. Opes is a special purposes acquisition company, or SPAC, a shell company that takes other companies public by using cash from investors to buy privately held businesses.

The deal gives BurgerFi $40 million in cash for its expansion plans.