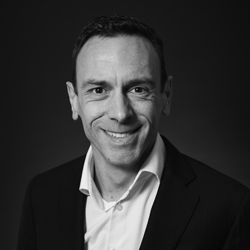 C3, which was started by sbe founder Sam Nazarian, is the parent company of a number of restaurants, including Unami Burger, Krispy Rice, Sam’s Crispy Chicken and the Citizens food hall, which is slated to open this year in New York City.

In his new role, Negrel will oversee growth of EllaMia around the U.S. The concept will feature a C3 shared digital kitchen to allow multiple brands to operate out of one space.

“I enjoy bringing order to chaos,” Negrel said in a statement. “And there has never been a more chaotic time to launch a restaurant brand.”

Negrel brings an “efficient, methodological approach to management” to C3, Nazarian said in a statement.

“He understands where we want to take the concept in terms of geographic growth while also introducing new consumers to C3’s full portfolio of brands,” he said.

C3, which stands for Creating Culinary Communities, previously announced that it plans to take over foodservice operations in six Graduate Hotels by the middle of this year, converting the kitchens into a shared space for up to six of its brands.