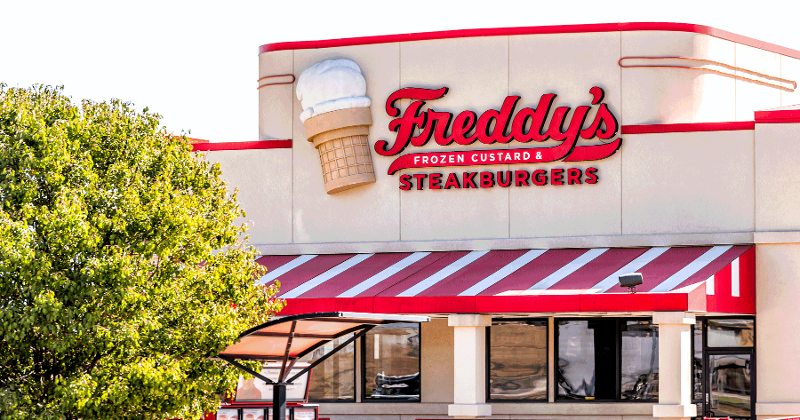 Dull comes to the fast casual, which was acquired by private-equity firm Thompson Street Capital Partners in March, after serving as president and CEO of Global Franchise Group. That company is the parent of six restaurant brands, including Hot Dog on a Stick, Marble Slab Creamery and Round Table Pizza. 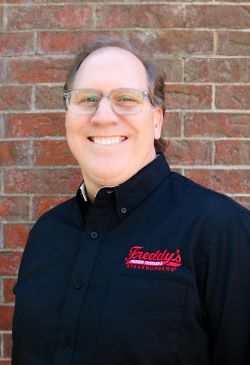 At Freddy’s, Dull will be charged with increasing the chain’s focus on marketing and technology deployment, as well as franchise development.

Simon will stay on as chairman of Freddy’s board and will “continue to play a critical role” in the chain’s strategic development, according to a statement.

Freddy’s, which sells burgers and frozen custard, has nearly 400 largely franchised restaurants in more than 30 states. Its locations have drive-thrus.

The chain is opening six restaurants during its first quarter and plans to open more than 50 units through the rest of the year.

“Freddy’s has emerged as one of the strongest and most viable franchise opportunities within the fast-casual segment today,” Dull said in a statement. “Once I was introduced to the brand and saw firsthand the operational excellence of this business model, I immediately jumped at the chance to join this exceptional team.”

Freddy’s has averaged nearly 22% annual system sales growth in the five years leading up to the pandemic, according to data from Restaurant Business sister company Technomic.

“Freddy’s is a highly unique, scaled franchisor platform that has built a premium brand over the past two decades with leading franchisee retention, remarkable growth, and a passionate guest following of ‘FredHeads,’” Bob Dunn, managing partner at Thompson Street, said in a statement at the time of the acquisition.