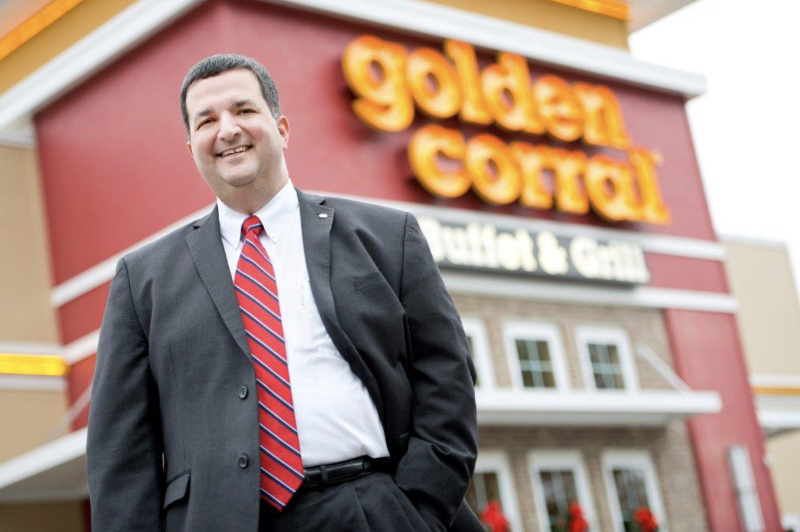 Golden Corral CEO Lance Trenary has been elected as this year’s chairman of the National Restaurant Association, a rotating position that enables the holder to greatly influence the group’s focus in the coming year.

He’ll be assisted in that role by Scott Redler, COO of Freddy’s Frozen Custard & Steakburgers, who was elected vice chairman, and Jeff Lodbell, president of the Michigan-based multiconcept operation Restaurant Management Partners, who was named treasurer. Their selections put Redler and Lodbell in the line of succession to become chairman of the group in 2023 and ’24, respectively.

The new officers all bring deep operational and leadership experience to their new roles. Trenary has spent 36 years with Golden Corral, starting at a unit level. He is only the third person to hold the top job at the buffet chain in its 49-year history.

Redler is the co-founder of Freddy’s, a fast-growing better-burger concept, where he’s been the resident operations specialist since the brand’s launch in 2002.

Lodbell has been in the restaurant business for 35 years. His company operates 12 brands in western and northern Michigan. The concepts include Beltline Bar, Pete's Grill and Tavern, Sundance Bar and Grill, Apache Trout Grill, Boone's Prime Time Pub and The Original Flap Jack Shack.