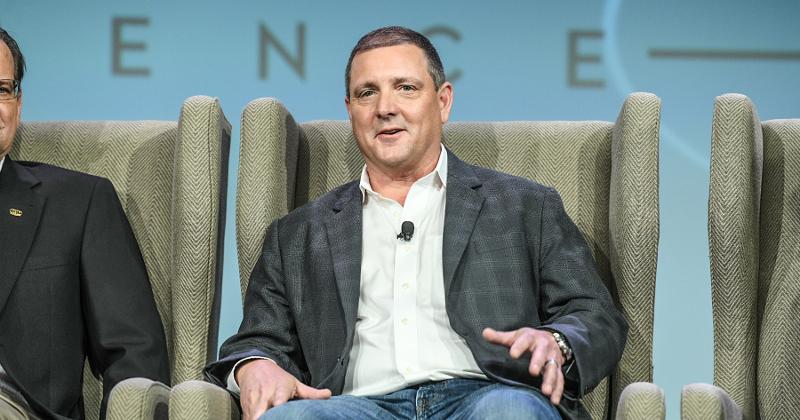 Playing off the National Restaurant Association’s 100th anniversary, representatives of four venerable restaurant brands revealed at the Restaurant Leadership Conference how their charges have avoided the slow, painful death of losing relevance.

The participants agreed the secret is zealously protecting the essence of a brand, regardless of the cost and operational pressures, while adapting to new realities.

“It’s not one awful decision by the CEO, it’s sitting in the test kitchen saying, ‘Maybe we can get away with 5 ounces of fries,’” said Ray Blanchette, CEO of TGI Fridays. “At Fridays, we say every time that happens, a piece of Fridays dies.”

The granddaddy of casual dining was one of the younger concepts on the panel, with a mere 54-year track record. Blanchette was joined on the stage for the session—“The Secrets of Restaurant Reinvention: How Timeless Operations Stay Spry”—by Frances Allen, CEO of 34-year-old Boston Market; Kevin Bazner, CEO of 100-year-old A&W and Lisa Ingram, CEO of 98-year-old White Castle. The panel discussion was moderated by Terry Erdle, COO of the National Restaurant Association.

The participants alternated between recounting past mistakes in the way their brands had been handled, and giving examples of what they’re doing today to sustain the concepts’ appeal.

Allen stressed that her brand’s essence is serving as “mom’s ally.” That has always been the case, she continued, but the brand realizes it has to change the way it plays up that role in its marketing. Because of younger generations’ sensibilities, “We’ve just launched a campaign that has a sassier tone: ‘When the shit hits the fan, hit the chicken button,’” she said to wild laughter. She saw no need to explain that the actual words used to convey that tag line might be a little different.

Blanchette cited Fridays’ mistake some 15 years ago of eliminating the red and white stripes that appeared on units’ awnings and servers’ uniforms. “I was part of that concept team that allowed that to happen, and it was an asinine decision,” he said.

Bazner recounted how small concessions to operational ease cost A&W a significant portion of its identity. One of the brand’s signatures is its namesake root beer, which traditionally had been brewed in-store. That task was an onerous one, so a prior owner switched to a bag-in-box syrup that franchisees could easily reconstitute with carbonated water.

Then the cane sugar used for the drink was replaced for easier-to-source high-fructose corn syrup. Instead of drawing the root beer from a miniature barrel on the counter, the chain switched to a traditional fountain. And then it made what sounded as if it might have been the change he laments most of all: replacing the frosted mugs used since the brand’s birth with paper cups.

“It lost its soul,” he said of his concept, which he and several partners acquired in 2012. Among the priorities that were high on the new owners’ list: Going back to the frosted mug and making the root beer at the store level.“There is so much to our history that we reached back and brought it forward,” he said.

White Castle’s misfire was spinning off a number of alternative concepts as possible growth vehicles. They bombed, Ingram acknowledged, but the experimentation with different menus convinced the mother chain to go further beyond its signature sliders.

The panelists agreed that it’s easy to misread trends and what they mean for a brand. Bazner revealed that A&W is currently testing a plant-based burger, but is very mindful that the product can’t be aimed exclusively at vegetarians. “Our biggest add-ons for the plant-based burgers are bacon and cheese,” he said.

Erdle concluded the session by extending his confidence that the brands represented on their panel will likely someday be celebrating their 50th, 100th or 200th anniversaries.

The Restaurant Leadership Conference is a four-day conference presented by Winsight, the parent company of Restaurant Business, for the C-suite executives of restaurant franchisors and franchisees. It is held every spring in Scottsdale, Ariz.