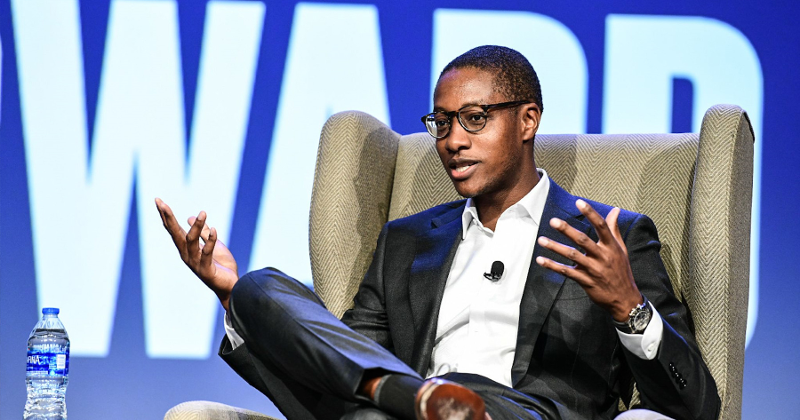 When Damola Adamolekun became CEO of P.F. Chang’s China Bistro in 2020, he pinpointed two challenges to deal with:

“The brand was still as strong as I remembered,” Adamolekun told the audience Tuesday at Restaurant Leadership Conference, during an interview with Restaurant Business Senior Editor Joseph Guszkowski. “The quality of the food was still good.”

But the dine-in experience was lacking, Adamolekun said, and P.F. Chang’s off-premise business was next-to-nothing at just 18% of the 200-unit chain’s sales.

Adamolekun is a partner in Paulson & Co., the investment group that joined forces with TriArtisan Capital Advisors to buy P.F. Chang’s for $700 million in early 2019 from private-equity firm Centerbridge Partners.

“What was missing was the experience around the meal,” he said. “The lighting was too bright. The music was non-existent.” The décor? “Beige central,” he said.

Delivery and to-go orders were viewed as an annoyance, rather than an opportunity, he said.

So, in the year leading up to the pandemic Adamolekun and the P.F. Chang’s team worked to turn the business around.

They added pops of color to the dining room. (“Good design doesn’t have to be expensive,” he said.) And they found ways to create some head-turning, experiential menu items while also eliminating dishes that didn’t fit with the character of the brand—bye-bye Asian Mac & Cheese. (“You can’t just put ‘Asian’ in front of the name,” Adamolekun said. “It wasn’t core to what we did. We strayed a bit on the menu.”)

At P.F. Chang’s, off-premise went from an after-thought to a major money-maker.

Sales at the chain climbed 31.7% in 2021 over the year before, according to Top 500 chain data from Restaurant Business sister firm, Technomic.

The company launched its P.F. Chang’s To Go offshoot to focus on delivery in crowded urban areas where building a full-sized bistro might be cost-prohibitive.

Self-delivery is now used in 90 of the brand’s full-service locations, though he said he has no plan to move completely away from third-party delivery platforms. Restaurant teams like the self-delivery model, he said, because tips are retained in-house.

One area in which he remains steadfast in his lack of enthusiasm, though, is ghost kitchens. Don’t expect to see P.F. Chang’s opening any delivery-only locations.

“We get a lot of walk-in business,” Adamolekun said. “When you don’t have that front of house, you lose maybe half your sales of people just walking in.”

UPDATE: This story has been updated to correct the year Damola Adamolekun became CEO of P.F. Chang's.