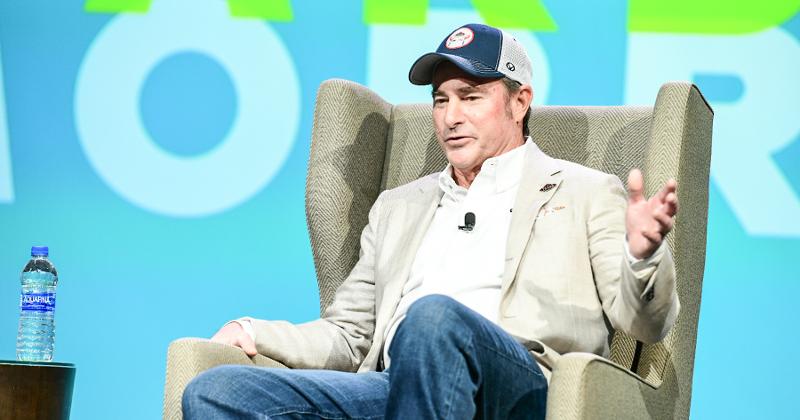 Late founder and CEO Kent Taylor turned Texas Roadhouse into one of the most unique, independent and consistently successful chains in the restaurant business.

But after his passing in March, Roadhouse has a new leader, a 24-year veteran of the brand who rose through the ranks from managing partner to president and was hand-picked by Taylor to succeed him.

So while Jerry Morgan has Taylor’s full endorsement, his place at the top of the Louisville, Ky.-based chain nonetheless begs the question: What might change at the 28-year-old Roadhouse under its new CEO?

Not all that much, according to Morgan, who spoke Wednesday at the Restaurant Leadership Conference in Phoenix.

As the saying goes, if it ain’t broke, don’t fix it.

“I believe in our winning ways,” Morgan said. “I understand the Taylor way, and I think I’m Taylor-made.”

He confirmed, for instance, that the chain plans to continue abstaining from offering delivery—a channel Taylor was steadfastly against—but that it will continue to focus on the takeout business that helped it survive the pandemic.

“We understand it was our lifeline, and we will continue to execute at a high level,” he said during the event hosted by Restaurant Business parent Winsight.

And the 610-unit chain plans to maintain its focus on the two things that have made it consistently great: its people and its food. Asked where he saw Roadhouse in five years, Morgan said as long as it can navigate the labor and supply chain issues the industry is currently facing, “everything should stay on track”—meaning more new restaurants, sales growth and profits.

That’s not to say Morgan is a carbon copy of his predecessor. He’s not a big fan of line dancing, for instance—a longtime staff tradition in Roadhouse’s honky-tonk themed restaurants.

“It ended up being a pretty nice little thing for us,” he said of the idea that originated with a franchisee, “although I’d still rather focus on food and service.”

And while delivery remains off the table, he is open to some other forms of digital innovation, such as virtual brands.

“We’re talking about it. There’s no doubt,” Morgan said, though he added that an online-only concept would likely make more sense at one of Roadhouse’s sister concepts, the Bubba’s 33 sports bar or Jaggers fast-casual chains.

As long as the menu remains limited and it doesn’t overwhelm the dining room, “I think there’s something there,” he said.

But in general, Morgan’s vision for his own legacy could have been torn right from the Taylor playbook.

“I want to be known as a great operator and a trusting partner that cared enough about this company to do the right thing by the people,” he said.

And many of the chain’s hallmarks, such as the peanut-shell-littered floors of its restaurants and the notoriously laid-back dress code of its corporate office (Morgan noted that Taylor would have given him a hard time for wearing a jacket on stage), will stay in place. So will the line dancing.