Baltes will replace the company’s founder Steele Smiley as CEO. Smiley, who founded the company in 2016, remains the sole controlling shareholder and will continue as executive chairman of the board.

“Kelly is an industry veteran, and I am confident in his ability to expand the Steele Brands footprint,” Smiley said in a statement. “Kelly is a true operator—he literally grew up in this business, and has played every operational role within a restaurant system, from bussing tables early in his career to CEO. But what makes Kelly the most impressive to me is his passion around people—he truly wants the best for all our employees, franchise partners and customers, making Kelly uniquely qualified to lead Steele Brands into the next phase of growth and expansion.” 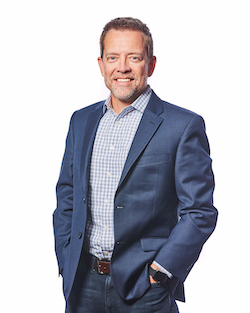 Baltes has worked with a number of brands in different phases of growth.

Before working with Maggiano’s, he was CEO of Good Smoke Restaurant Group, which merged with Jim N’ Nick’s and Dinosaur Bar-B-Que, with system revenues of $200 million.

In addition to the fast-casual Crisp & Green, which features a healthful menu, and Stalk & Spade, which offers a plant-based menu, Steele Brands is also adding a third brand called Paco & Lime, a Mexican concept scheduled to launch in the first quarter next year.

The franchise company has more than 200 restaurants built or in development in 25 states across its brands.