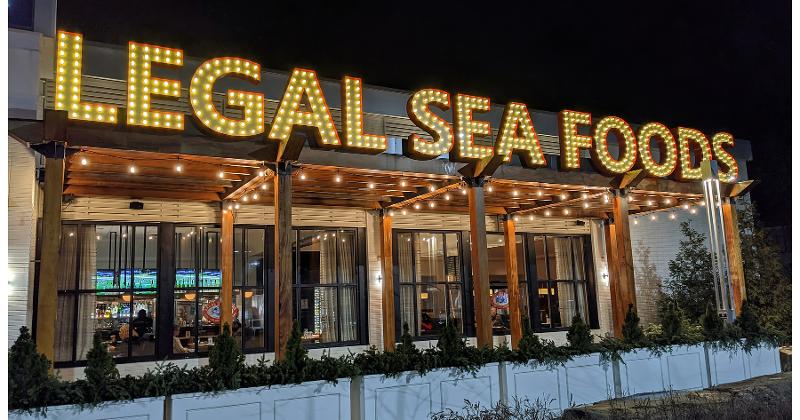 George Berkowitz, the Boston-area fish merchant who founded the Legal Sea Foods restaurant chain to cut the time between boat and plate, has died at age 97.

No cause of death was revealed.

Berkowitz’s family was already operating a grocery called Legal Cash Market in Cambridge, Mass., when twenty-something George decided in 1950 to open a fish market in the space next door. A point of difference for the older food store was its offer of Legal Stamps, the credits in postage-stamp-like form that patrons could collect with every purchase and ultimately redeem for household wares, as they might with S&H Green Stamps.

The fish market took the name Legal Sea Foods to underscore its offer of the stamps. It featured seafood processed right off the boat in the Berkowitz clan’s own plant.

In 1968, the family expanded its retail row in Cambridge by turning space adjacent to the fish market into a restaurant of the same name. As a newcomer to the foodservice business, George Berkowitz skipped many of the conventions that were embraced by an old guard of fine-dining places in the area. Indeed, he made the restaurant far more casual than the places that would usher in casual dining starting in the 1970s.

Servers took orders from a very abbreviated menu and closed out the checks before they ran the tab back to the kitchen. Only cash was accepted, and each server carried their own bank.

The seafood was usually either broiled or fried, then served on paper plates.

The offer of fresh-from-the-net seafood at a bargain price made the original Legal Sea Foods a huge hit. Other outlets would follow, though the concept would gradually shift more upscale, especially after the Berkowitzes began opening restaurants outside of the Boston area. It became a  true representation of what’s often today called polished casual.

George and his wife, Harriett, eventually passed leadership of the operation to their son, Roger, who would run the restaurants until he sold the group in December 2020 to PPX Holdings, the parent of the Smith & Wollensky upscale steakhouse chain. The price was not disclosed.

At the time, Legal Sea Foods had 25 restaurants. Its 2019 sales totaled $227.7 million, according to Technomic.

The chain’s seafood processing facility was included in the deal, but the Berkowitz family retained rights to use the Legal Sea Foods name on retail products.