Prepping for a next phase of growth, MOD Pizza late Friday announced several changes to the leadership team, with a particular focus on franchise and development.

Founded in 2008, the fast-casual MOD Pizza has long been a primarily company-operated chain, with more than 520 units in the U.S. and Canada that are company owned or licensed. But the company has been working with a small number of franchise operators since early days.

The changes announced Friday appear to target the franchising infrastructure.

MOD in 2021 confidentially filed documents with the Securities and Exchange Commission for an initial public offering, but that IPO has not yet come to fruition.

Among the changes announced Friday, Becky Mulligan, who joined the company a year ago as senior vice president, operations, has been promoted to the newly created position of Chief Restaurant Officer. Mulligan has led field operations and operations excellence teams for the chain’s 440 company-owned restaurants. In her expanded role, she will also take on leadership for MOD’s franchising business. 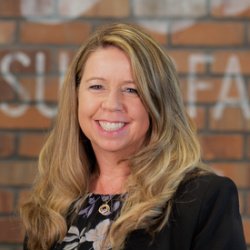 In addition, MOD has named Stephen Blum to the role of Chief Development Officer for the Seattle-based chain. Blum will take on all development activities, including real estate, store design, construction, facilities and portfolio management. 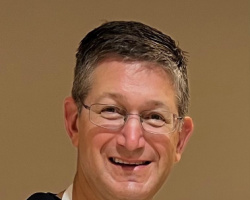 He has two decades of experience working for companies that include Panera Bread, Panda Restaurant Group and Au Bon Pain. He served most recently as senior vice president, real estate and facilities at Hertz.

“As MOD continues to scale, we remain focused on our people-first mission, while delivering an incredible and consistent customer experience, centered around our craveable food,” said Scott Svenson, MOD’s co-founder and CEO, in a statement.

Svenson also noted that the moves bring industry veterans with years of experience to the leadership team “who will help us continue to support our people and product as we further our growth trajectory, on and off premise.”

Cynthia Richardson was named vice president, franchising. She comes to the team after 25 years at 7-Eleven, where she implemented consulting services to support franchisees in 17 countries and across more than 77,000 stores.

Ben Coarde joined MOD as regional vice president, operations. Tasked with overseeing the Eastern region, Coarde worked for Starbucks for 14 years, most recently as a regional director responsible for 115 café and drive-thru locations.

And for the Western region, James Holguin was promoted to the role of MOD’s regional vice president, operations. Holguin has been with MOD for seven years.