Tony Darden previously served as chief operating officer for Taco Bueno and spent more than a decade at Panera Bread and 15 years at Bennigan’s.

“Tony is a great fit for the culture at Mooyah and his experience growing heavy-hitting brands like Panera will be instrumental in driving Mooyah forward in its next phase of growth,” Anand Gala, CEO and chairman of Mooyah, said in a press release. 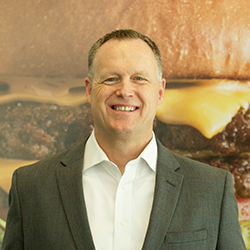 Darden joins other recent hires at Mooyah, including a new director of supply chain, a real estate and development manager and a construction project manager.

An activist wants to add directors to Potbelly’s board

What are the best foodservice places to work?

The growing power of philanthropy