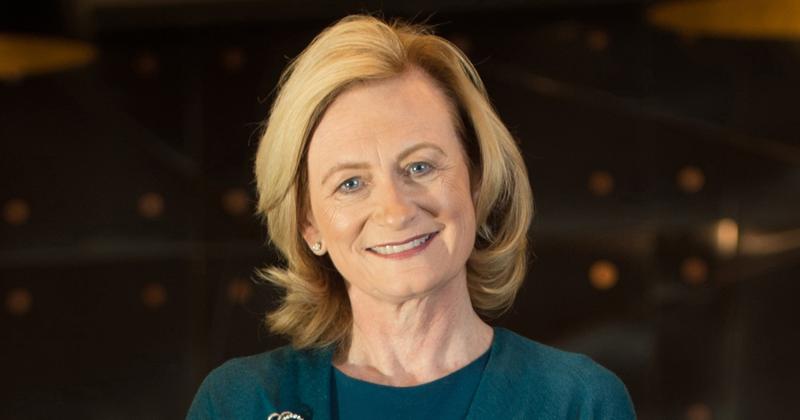 Dawn Sweeney, a force of change during her 12 years as president and CEO of the National Restaurant Association, has announced that she will step down when her contract expires at the end of the year.

The announcement of her retirement came as the Association’s board of directors was gathering in Chicago for the National Restaurant Association’s annual convention, the industry’s largest gathering by far.

The board’s leadership said they have appointed Spencer Stuart, the executive placement service, to find Sweeney’s replacement. The Association said Sweeney will aid in that search.

Sweeney also serves as president and CEO of the National Restaurant Association Educational Foundation (NRAEF). She will continue to serve in that role as well until Jan. 1.

Sweeney’s tenure as head of the industry’s largest association has been a period of significant change for the organizations. Membership in the main Association has doubled, and the relative activities of state associations and the national office have been brought into clearer alignment through a pact called the Unified Partnership Agreement.

Simultaneously, the NRAEF intensified its focus on attracting and retaining young talents to the restaurant industry, launching such programs as an apprenticeship initiative that has become a model for the whole business community.

She also negotiated an equity partnership in the show that starts Saturday with Winsight, the parent company of Restaurant Business.

“Dawn has been an extraordinary leader for the restaurant and foodservice industry during a time of both challenge and opportunity,” said Joe Essa, CEO of Wolfgang Puck Worldwide and the the Association’s chairman for 2019, in a statement. “She has unified our industry, expanded our impact, heightened our effectiveness, and navigated a number of significant public policy changes. The organization is well-positioned to continue to fulfill its mission to advance and protect the industry and has a strong foundation on which her successor will build.”

Sweeney moved to the Association in 2007 after serving as president of AARP Services, a subsidiary of AARP.