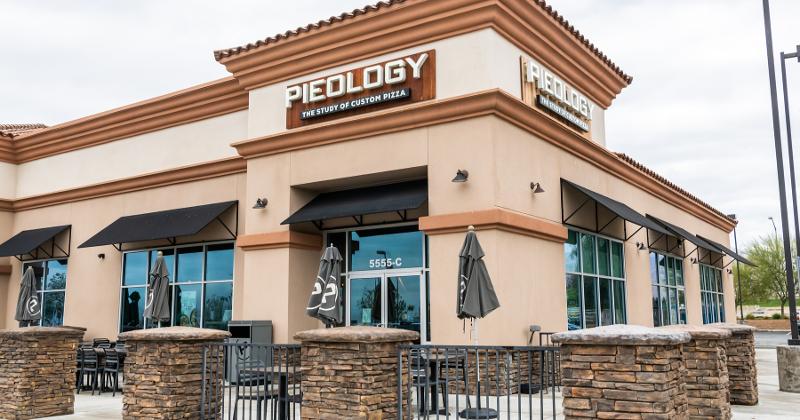 Most recently, Thompson served as president of Supercuts. Before that, he was president of Tim Hortons USA and head of global operations for RBI, the parent of Burger King and Popeyes.

Pieology was founded in 2011, one of a number of fast-casual pizza concepts serving individual, customizable pies. The Tustin, Calif.-based brand now has 130 locations.

“We are very enthusiastic about his leadership in stewarding the evolution and growth of Pieology into the new economic environment we now live,” Carl Chang, the chain’s founder, said in a statement.

Thompson spent eight years with RBI. At Tim Hortons, he oversaw operations, marketing, franchising, filed operations, finance and restaurant development. As the head of the company’s global operations, he led operational standards and analytics, equipment and training for more than 25,000 units worldwide.

“I couldn’t be happier to lead Pieology into its next phase of growth,” Thompson said. “Carl created an amazing brand and I look forward to bringing it to the rest of the world.”

Gregg Imamoto, Pieology’s previous CEO, left the chain in September to become the head of the Marugame Udon fast-casual brand. He had been with Pieology since 2018.

Fast-casual pizza chains have struggled in recent years as consumers have shifted their preferences toward drive-thrus and delivery amid the pandemic.

Pieology’s sales fell 22.1% from 2019 to 2020 to $108.5 million, according to data from Restaurant Business sister firm Technomic. Average unit volumes dropped 16.7% during that period.

In 2018, Pieology closed a half dozen locations in Northern California amid what it called a “strategic restructuring” shift to becoming primarily franchise-owned.

In 2016, the parent company of fast casual Panda Express invested in the company.