MonkeyDish grabbed Robbie Brozin after his keynote presentation at the Restaurant Leadership Conference to learn more about the transformation of Nando’s Peri Peri, a grilled chicken concept, into one of the world’s largest fast-casual chains. Here’s what the South African had to say about the brand he founded and now serves as CEO: 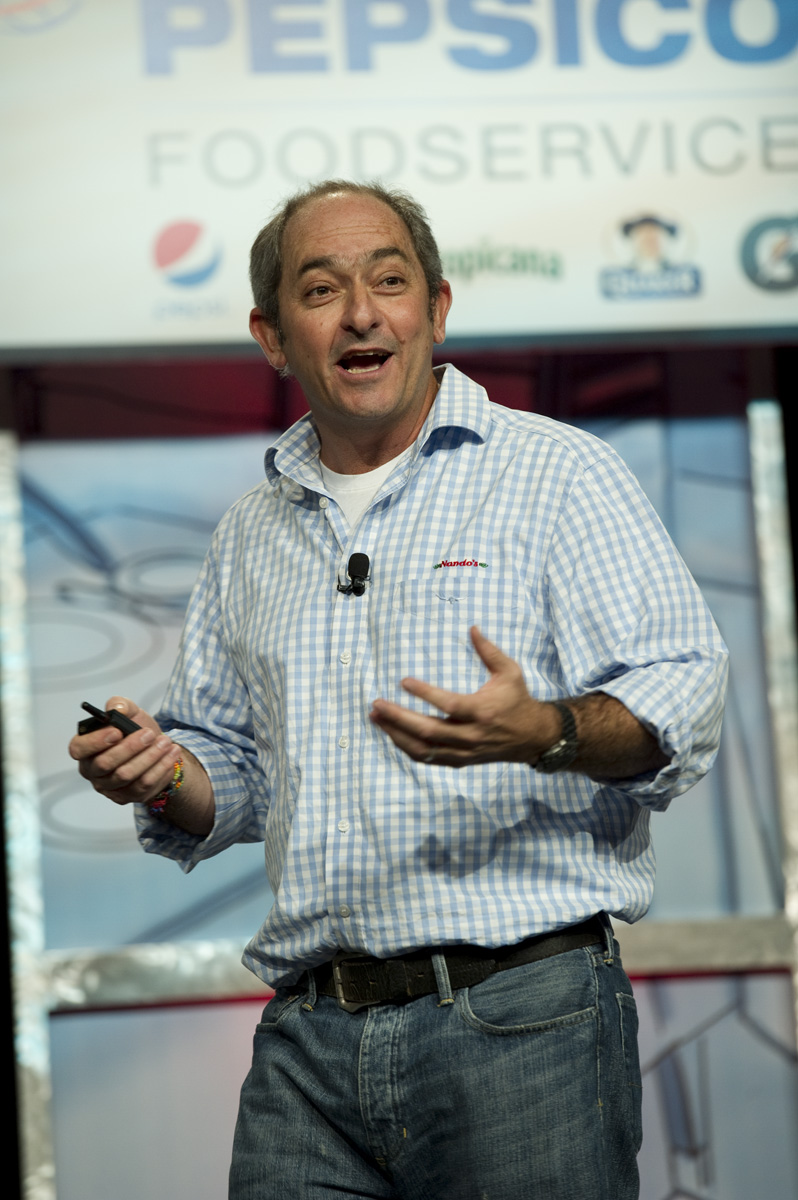 MonkeyDish: Give us the thumbnail picture of Nando’s.

MonkeyDish: But only three in the United States, and all in the Washington, D.C. area.

Brozin: We only started. We have three more coming online this year.

MonkeyDish: Why was the U.S. so low on your list of markets?

MonkeyDish: Do you plan to grow into every nook and cranny, like another chicken chain that started here?

Brozin: It’s definitely an expansion market—huge, huge. But our strategy isn’t to grow into every nook and cranny, we’re not all about numbers. As our motto says, we’re changing the world one chicken at a time. We’ll let the market decide where and how fast we’ll grow.

MonkeyDish: Are the stores I visited in Washington, D.C., any different from the ones I’d find in, say, South Africa?

Brozin: They’re much different. For one thing, they’re much bigger, and they’re more designed. You have to look at the economics of the American market, where there’s a lot more wealth. We couldn’t do a restaurant like our D.C. restaurants in South Africa. If we spent $1 million for restaurants there, it’d be for 10 restaurants, not one.

MonkeyDish: And how about the menu? Is that different?

Brozin: The menu is similar—the sides are a little different, but we kept it very much the same.

MonkeyDish: And how have those restaurants been received by Americans?

MonkeyDish: You have some unusual sides there—things like mashed peas, and butternut squash with grilled corn. Did you have to do a lot of education of the American consumer?

Brozin: Oh, yea. We have to explain things to them all the time.

MonkeyDish: Are there differences in operations?

Brozin: One of the things you have to deal with in America is you have to be very quick. You’re dealing with so many messages, so many distractions, so many things that are going on. That’s not the case in other places. You can slow things down there.