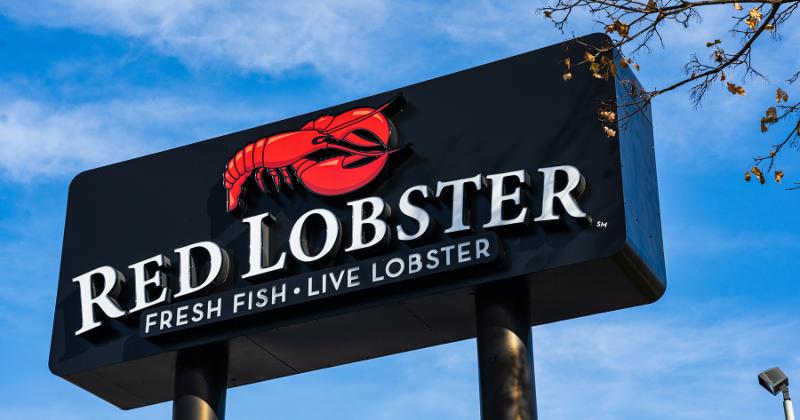 Red Lobster CEO Kelli Valade is leaving the seafood chain after less than a year in charge.

Her resignation is effective April 15, according to a press release, and the company said it would immediately start looking for her replacement.

No reason was given for her departure, but Valade said in a statement that it was an "incredibly difficult, but necessary, decision."

During her tenure, the 670-unit chain has revamped its C-suite, hiring a new CFO and adding the roles of CMO and CIO. Its most recent hire, CIO Cijoy Olickal, was announced just a week ago.

"Red Lobster is a beloved, iconic brand with a loyal guest following and incredibly smart and talented employees," Valade said in a statement. "My job as the brand's leader has been to inspire and develop our people, while also leveraging the brand's strengths and finding ways to build on them for even greater success. We've accomplished a lot in a short period of time, including building a great leadership team that alongside the board will carry the business forward to achieve our vision. I have truly loved my time here at Red Lobster. This was an incredibly difficult, but necessary, decision."

Valade joined Red Lobster in August after serving as CEO of researcher Black Box Intelligence for more than two years. Before that, she spent most of her career with Chili's parent Brinker International, rising to Chili's brand president in 2016.

Red Lobster's remaining executive team will work with its board of directors to continue running the brand and "ensure business continuity" after she leaves, the company said. Board member Paul Kenny will serve as liaison between the two groups.

"On behalf of the Board, we thank Kelli for her service and accomplishments during her tenure as CEO, including navigating through the most recent wave of the COVID-19 pandemic," said Chairman of the Board Rittirong Boonmechote in a statement. "She has helped us assemble a talented and highly capable leadership team to lead us forward. We wish Kelli the very best in the future."

By the end of 2021, Red Lobster's systemwide sales were approaching pre-pandemic benchmarks, according to Technomic data. Sales were up more than 30% year over year on a base of five fewer restaurants.