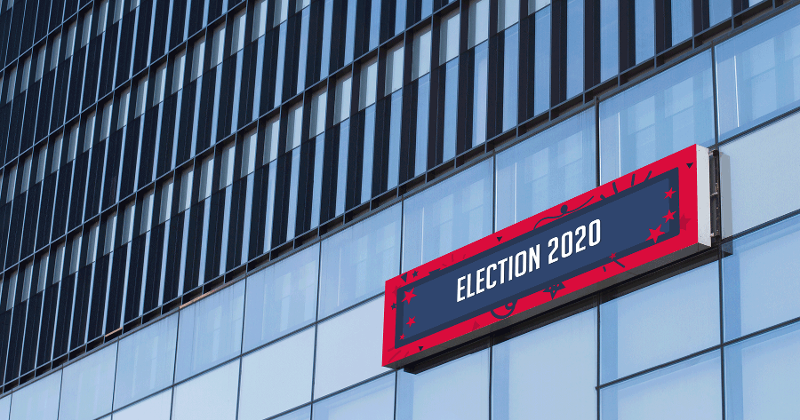 Regardless of how the voting goes on Election Day, restaurateurs will see few of their own among the victors. Or the losers, for that matter.

Although the foodservice industry has never rivaled the legal profession as a source of political aspirants, only one bona fide former restaurateur is believed to be seeking election this cycle to a job in Washington, D.C.. Some might bump that number to two by including Hotelier in Chief Donald Trump, but the incumbent characterizes himself as more of a developer and deal maker than someone who could jump onto the line if a cook doesn’t show for breakfast service. Indeed, the industry seems more strongly represented by two administration officials, though their limited experience in the business warrants at least an asterisk on any designation as a restaurateur.

Here’s a rundown of the industry veterans who could end up serving their country after the election hoopla dies down.

John Hickenlooper, senatorial candidate for Colorado
The industry’s traditional knock against lawmakers is that they craft legislation profoundly affecting the industry without the business sense an 8-year-old garners from running a lemonade stand. That shortcoming can’t be tied to Hickenlooper. Currently the governor of Colorado and the former mayor of its biggest city, Denver, the geology major was a bona fide restaurateur before and even after he plunged into politics. He and three partners started Wynkoop Brewing Co., the first in what would become a thriving universe of brewpubs in the state, back in 1988. Indeed, as he recounted years ago at an industry gathering, Hickenlooper’s political career started with his efforts to revive the venture’s downtown setting, a Skid Row at the time. Among the initiatives he supported in his run for mayor was changing the city’s parking rules to bring more would-be diners downtown on weekends.

Among the achievements Hickenlooper claims in his race as the Democratic Party’s candidate to unseat Cory Gardiner is the development of an infrastructure to support Colorado’s marijuana industry. Residents legalized the sale and recreational use of weed via referendum, but Hickenlooper has claimed a key role in the state’s creation of a lucrative new industry. “My experience navigating marijuana legalization right here in Colorado will help me bring people together and finally effect change in Washington,” the candidate says on his website. Specifically, he pledges to remove marijuana from the federal classification it shares with heroin.

Hickenlooper was leading Gardiner in the polls as of this weekend by eight to 10 points.

Mark Meadows, White House chief of staff
If Trump wins a second term, the restaurant industry can count at least one alumnus within the president’s inner circle.

Mark Meadows, the former Congressmen whom Trump tapped at the start of the pandemic to serve as chief of staff, started and ran a restaurant in North Carolina during the late 1980s. He eventually sold Aunt D’s to fund the launch of a real estate development company. Highlands Development was a North Carolina success before Meadows detoured into the U.S. Congress in 2013 as the representative from North Carolina’s 11th district, one of the newcomers swept into office in the 2012 elections on the popularity of the Tea Party. He was also a co-founder of the Freedom Caucus, another archly conservative group.

His conservative cred led Trump to appoint Meadows as chief of staff in March. Ironically, the individual he replaced is the industry’s other representative in the administration. And he drew considerable attention while in Congress with his attempt to oust another member with restaurant roots, John Boehner, as speaker of the House.

Mick Mulvaney, special envoy for Northern Ireland
The individual and fellow North Carolinian Meadows replaced as White House acting chief of staff was Mick Mulvaney, a one-time franchisee of Salsarita’s Fresh Mexican Grill. The former Congressman and his wife ran two units of the fast-casual chain, both in Charlotte, N.C. At the time, Mulvaney, a father of triplets, was also working for a law firm and running a real estate development firm.

The post to which Mulvaney was banished by Trump, special advisor on the affairs of Northern Ireland, has seldom been a crucible for administration policies affecting the restaurant industry.

Leon Panetta, retiree in waiting
After a stellar public service career that included serving as head of the Central Intelligence Agency (CIA), where he oversaw the assassination of Osama Bin Laden, Panetta quietly stepped back from active government duty at the end of the Obama administration. He’s left the glare of frontline politics before, most notably in 1997, when he and his wife launched a thinktank, the Panetta Institute for Public Policy. But when Obama asked him to assume leadership of the CIA in 2009, Panetta answered the call to serve. And now Obama’s former partner from those days could be heading to the White House, with a number of key positions to fill.

Panetta has filled a number of top-level administrative posts when called, from chief of staff for a dysfunctional Clinton White House to director of the Office of Management and Budget. And that’s after a 16-year tenure in the House of Representatives, where his son Jimmy now serves as a representative of California.

Panetta came of age in Monterrey, Calif., where he performed such tasks in his parents’ restaurant as sweeping the floor. He readily cites those times as formative experiences in his life and career.

Kevin McCarthy, Minority leader in the U.S. House of Representatives
One of the most powerful members of the House, McCarthy proved he's no slouch around a salad prep table, either. At age 19, using money he'd won in the lottery, the California Republican launched a salad and sandwiches concept called Kevin O's and ran it for two years. He has described it as a Subway before anyone knew about Subway. McCarthy sold the venture after two years, when he had enough money to pay the tuition of CAlifornia State University in Bakersfield, where he earned a bachelor's degree in marketing in 1989 and a masters in business administration in 1994. McCarthy was elected to Congress in 2007.

Update: This story was updated to include Rep. Kevin McCarthy, R-Calif. and a one-time owner-operator of a deli called Kevin O's.