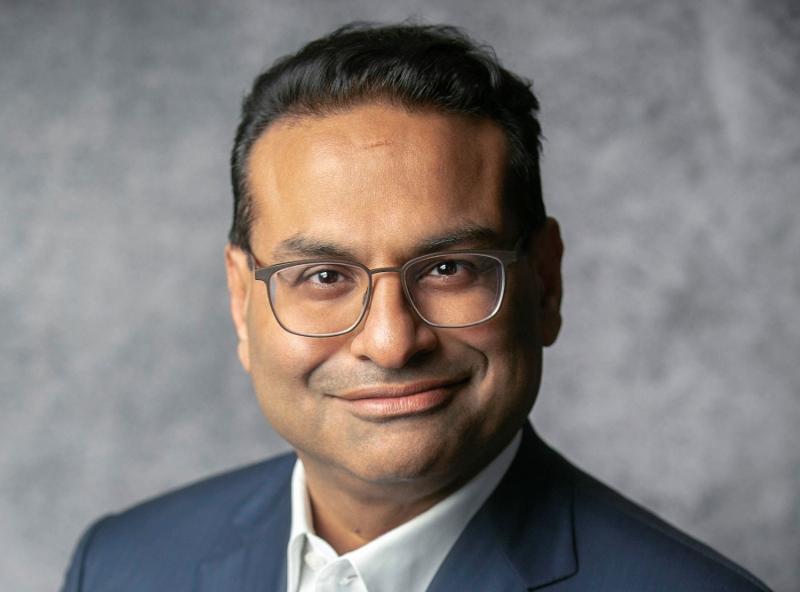 Laxman Narasimhan, the former CEO of hygiene and health products maker Reckitt, will be the next CEO of Starbucks, the Seattle-based coffee giant said on Thursday.

Narasimhan will join Starbucks on October 1, relocating from London to Seattle. He will work closely with Interim CEO Howard Schultz over the coming months before assuming the CEO role on April 1.

Reckitt is a multinational operator of consumer brands that focus on health and hygiene, including skincare brand Clearasil, the condom brand Durex and Lyson cleaners, among others. Starbucks noted that he led Reckitt through a “major transformation and a return to sustainable growth.”

Mellody Hobson, chair of the board at Starbucks, called Narasimhan an “inspiring leader” whose “deep, hands-on experience driving strategic transformations at consumer-facing businesses make him the ideal choice to accelerate Starbucks’ growth and capture the opportunities ahead of us.”

Narasimhan will get something of an introductory period at Starbucks. He will operate under Schultz for six months and spend time with management, partners and customers to gain “in-depth exposure to the brand, company culture and reinvention plan,” according to the company.

He will also be tasked with putting that plan into place. Starbucks is expected to announce later this month a revitalization plan aimed at overhauling how the company produces its beverages and interacts with workers. The company, and notably Schultz, are concerned that rising demand for complex customizable beverages and shifts in consumer behavior have become a major burden on the chain’s locations.

Schultz himself will remain on the board and will act as an “ongoing advisor” to Narasimhan.

“When I learned about Laxman’s desire to relocate, it became apparent that he is the right leader to take Starbucks into its next chapter,” Schultz said in a statement. “He is uniquely positioned to shape this work and lead the company forward with his partner-centered approach and demonstrated track record of building capabilities and driving growth in both mature and emerging markets.”

Narasimhan previously worked with PepsiCo, including as its global chief commercial officer. He also led the company’s Latin America, Europe and Sub-Saharan Africa operations. Before PepsiCo he was a senior partner at McKinsey & Co.

Reckitt announced Narasimhan’s departure earlier in the day. He was appointed the company’s CEO in September 2019. Reckitt noted that Narasimhan “led a successful rejuvenation of the company’s strategy, execution and foundational capabilities.” The stock price for the U.K.-based company has increased about 5% under his tenure.

“I want to thank Laxman for leading the organization through a significant transformation over the last three years,” Reckitt Chairman Chris Sinclair said in a statement.

Narasimhan takes over a company in transition. Starbucks’ sales have more than recovered from the pandemic, thanks to soaring demand for cold beverages and food from mobile orders and the drive-thru. Same-store sales rose 9% last quarter from a combination of traffic, higher prices and people ordering more items at a time.

The brand has been growing in the U.S. and is the largest coffee concept in China by sales. It operates one of the most technology-forward brands in the world and has a substantial business selling its products inside retailers.

Yet former CEO Kevin Johnson left Starbucks in March and Schultz since has undertaken a complete assessment of the company, which is facing higher rates of turnover from its employees, which it calls “partners,” and a rapidly spreading unionization effort. At least 235 stores have approved union votes, according to labor activists.

Schultz has also been blunt about the company’s needs. “We’ve been unable to meet the relentless demand we’re seeing in our U.S. stores as seamlessly as our customers and partners expect and candidly deserve,” he told investors in May, according to a transcript on the financial services site Sentieo. “Simply said, we do not, today, have the adequate capacity to meet the growing demand for Starbucks coffees.”

UPDATE: This story has been updated to add additional information.