Brian Wright, a 35-year veteran of chains such as Au Bon Pain and Einstein Bros. Bagels, has been named CEO of Tijuana Flats as part of a realignment of senior management at the regional fast-casual chain.

Louie Psallidas was hired as CFO, and Steve Culbert was appointed SVP of operations.

The majority stakeholder of Tijuana Flats, AUA Private Equity Partners, said the reshuffling underscores its commitment to expanding the brand, which currently has 135 locations.

Wright was previously CEO of Bertucci’s Italian Restaurant, the 58-unit regional full-service chain that was recently acquired by Earl of Sandwich principal Robert Earl. Wright succeeds Rick Van Warner, a longtime Tijuana Flats director who served as interim CEO for more than a year. Van Warner remains on the chain’s board. 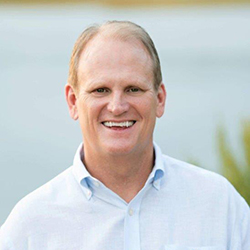 Wright has also served as COO of Au Bon Pain, a pioneer of the fast-casual segment, and Chevys, the full-service Tex-Mex concept once owned by Taco Bell. He has also logged time with Einstein Noah’s Bagels, which now operates as Einstein Bros., and its then-parent, Boston Market.

“I’m honored to have the opportunity to continue moving the company forward alongside Louie, Steve, and the rest of our dedicated and passionate team and franchisees,” Wright said in a statement.

Psallidas formerly worked for Uno & Grill parent Uno Restaurant Holdings in a variety of positions, including CEO, president and CFO.

Culbert also worked for Au Bon Pain, most recently as VP of operations. He has also served as a managing partner for Carrabba’s Italian Grill, a sister to Outback Steakhouse within the Bloomin’ Brands fold.

Tijuana Flats restaurants are located in Florida, Georgia, Indiana, North Carolina and Virginia. The brand's systemwide sales for 2018 are estimated by Technomic at $141 million.