Torchy’s Tacos on Friday named G.J. Hart its new CEO, hoping that the former Texas Roadhouse and California Pizza Kitchen chief executive can guide the Austin, Texas-based chain through its next growth phase. 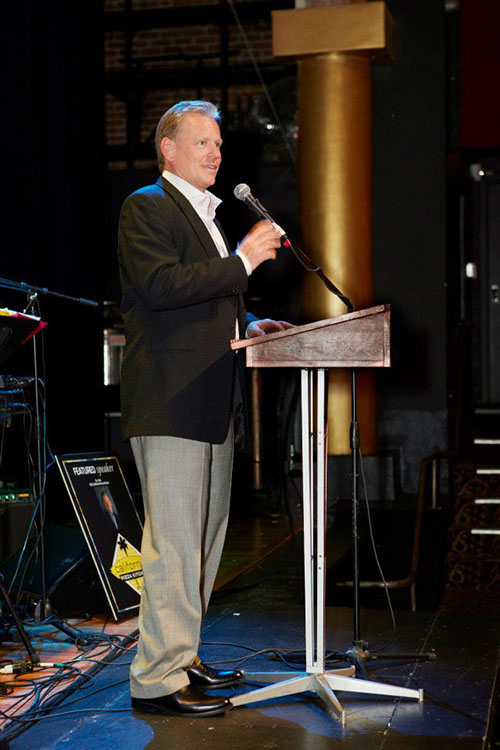 Hart, whose departure from CPK was revealed earlier this week, will take the helm of the fast-casual taco concept known for its “damn good tacos” on Monday.

Michael Rypka, Torchy’s founder and vice president of marketing, called Hart a “highly respected industry leader with a proven track record that will be instrumental in our future success and growth.”

“He is committed to helping us grow our business while staying committed to doing what we do best, which is to serve our guests ‘damn good tacos.’”

Rypka, a former corporate chef, founded Torchy’s in Austin in 2006. The concept was born out of a food truck and has since grown to more than 50 locations in three states. The chain is known for its unique atmosphere and its unconventional tacos, including breakfast tacos.

Last year, the chain received an investment from the private-equity firm General Atlantic. And now it gets a well-known industry executive in Hart, who led Texas Roadhouse through its initial public offering in 2004.

Hart left that company to take over at California Pizza Kitchen, helping to make improvements to the chain’s look, menu and service model. He is well-known in hospitality circles, and his name adorns the Hart School of Hospitality at James Madison University following a $3 million gift in 2015 from him and his wife, Heather.

“Torchy’s has significant growth potential and I cannot imagine a more exciting time to join the team,” Hart said in a statement. “Torchy’s is a unique and dynamic brand with a talented leadership team and team members whose success is anchored by a strong culture that can’t be matched in the fast-casual space.”

Torchy’s opened its 50th location in Spring, Texas, in October, and has plans to continue that expansion “throughout the U.S.,” the company said in its announcement.