Wade will assume the post with Union Square, one of the nation’s most renowned fine-dining operators, after working for almost 32 years for restaurant chains. Most recently, the University of Texas graduate served as EVP of operations for Red Lobster, a post he held for nearly six years.

He also logged time as SVP of development for Smokey Bones Bar & Fire Grill, a full-service barbecue concept launched and operated by Darden before being spun off. 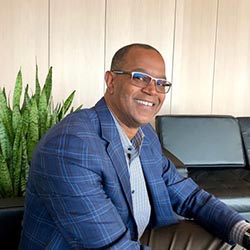 At Darden, Wade worked with Clarence Otis, the company’s CEO and currently a director of Union Square.

Between his jobs at Smokey Bones and Darden, Wade served as COO of Legal Sea Foods, a family-owned polished-casual seafood operation based in Boston.

He started his executive career at TGI Fridays, where he held the title of executive director for nearly 15 years.

“I’ve been so blessed in my career to work alongside brilliant teams leading growth efforts at a number of world-class hospitality companies,” Wade said in a prepared statement. “Now, I couldn’t be more thrilled to join Danny and Union Square Hospitality Group, an organization I’ve long admired for its people-first culture and dedication to excellence.”

The president’s post at Union Square has been empty since the company spun off Shake Shack, a fast-casual burger concept, in early 2015.