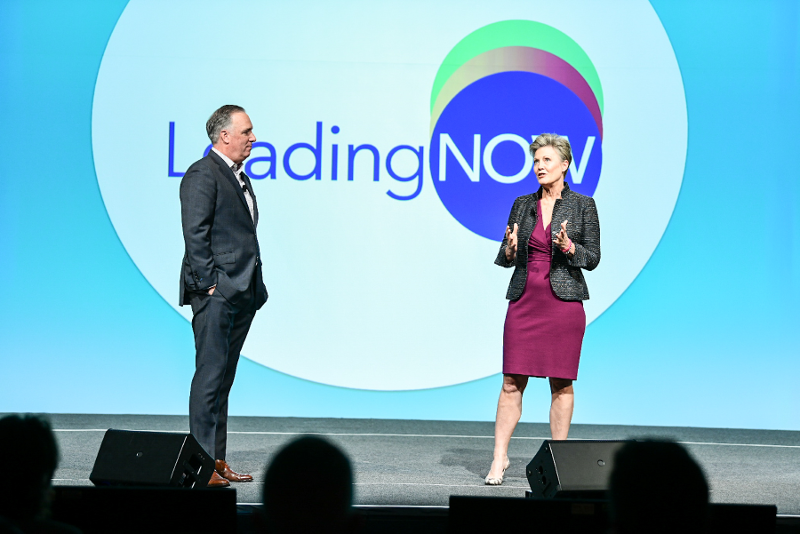 Noting an ongoing lack of diversity in the executive ranks of large restaurant chains, Winsight is teaming up with leadership development firm Leading NOW to create an educational and professional development program for promising leaders from underrepresented groups.

“One thing we’re aware of is there’s a serious lack of diversity in our speakers,” Chris Keating, EVP of conferences for Winsight, said at RLC. “We started thinking, ‘Could we change that? What if we could go to the root? Is there something we could do to change what the leadership of the industry could look like?’”

The RLD program, which will accept up to 100 “emerging executives,” will take place in April, at next year’s Restaurant Leadership Conference. That will allow participants to take part in the program while also networking with industry executives at the event, Keating said.

Leading NOW has studied the “critical barriers” that keep underrepresented talent from advancing in their careers, said Gretchen Sussman, chief commercial officer for the organization.

Their research has shown a misperception by superiors around this group’s “ability to drive business results consistently,” Sussman said.

The full-day education program will focus on helping attendees think like CEOs, understand restaurant financial drivers and “speak the language of power,” she said.

“Those individuals now have a sense of what senior leaders need to see in them,” she said. “And that will allow them to build a much deeper and broader talent pool of all talent, of underrepresented talent.”

José Cil, CEO of Restaurant Brands International and RB’s Restaurant Leader of the Year, expressed his support for the new RLD program during a speech at the conference Tuesday.

“It’s a responsibility that all of us have as leaders,” Cil noted. “Nothing is going to happen or change unless we decide that it’s important to do so.”

“If we nurture cultures of inclusion for all and if we invest in the development and advancement of one of our industry’s greatest assets, which is the diversity of its talent, not only will it survive but it will thrive,” she said.