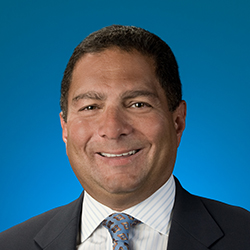 The two were part of a new slate of officers and directors announced Jan. 31 by the Association. Named as vice chairmen of the Association and its educational arm were, respectively, Melvin Rodrigue, CEO of 114-year-old Galatoire’s in New Orleans, and Stan Harris, the former Ruth’s Chris Steak House franchise operator who now serves as CEO of the Louisiana Restaurant Association. Under the National Restaurant Association’s rules of succession, Rodrigue and Harris will move up to chairman in 2020.

Brian Casey, president-owner of the Oak Hill Tavern and Company Picnic Co. catering firm in North Kingstown, R.I., will serve as the 2019 treasurer of the National Restaurant Association. Susan Adzick, SVP of sales and strategic relationships for the foodservice division of McLane Co., was elected treasurer of the NRAEF. Both will move up to vice chairman next year and chairman in 2021.

The National Restaurant Association and the NRAEF also announced the new directors who were appointed to the group’s boards of directors.

Seven industry executives have joined the main Association’s 70-person board:

Five individuals were introduced as new directors of the NRAEF: