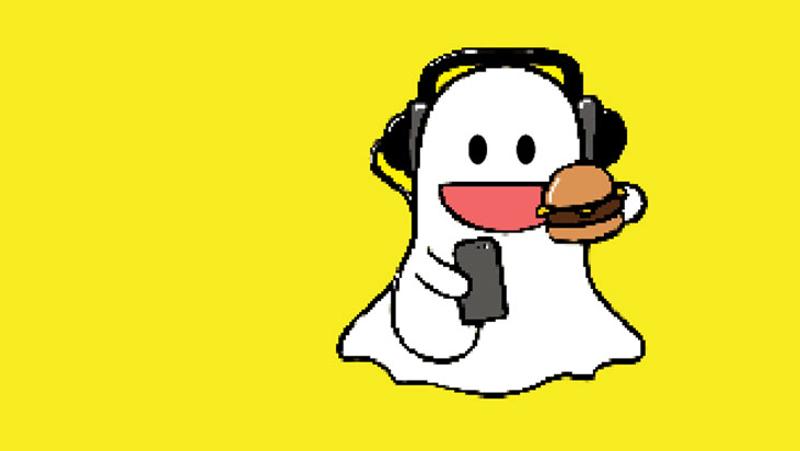 If you’re not already doing so, the time to pay attention to Snapchat is now. The social channel reaches 41% of 18- to 34-year-olds in the U.S. on a given day, according to a Nielsen study. And it’s beating out the big guys—a recent Piper Jaffray survey noted that 28% of teen respondents consider Snapchat to be the most important social media channel, first eclipsing Facebook, and now all other players, including Twitter and Instagram for the first time.

“[Snapchat] continues to be the best for reaching millennials and Gen Z,” says Christine Ferris, recent PR and marketing manager at Smashburger. Yet it isn’t all smiling ghosts and wacky selfies.

As with any evolving technology, there are challenges for brands, says Melanie Cohn, social media manager for Dunkin’ Donuts. The QSR has worked closely with Snapchat to improve its engagement on the channel, she notes, and is aiming to be more agile to take advantage of new content delivery opportunities as they roll out.

For an app that intentionally tried to go against the grain (it was designed to be tough for parents to use, let alone brands), Snapchat in recent months has debuted an interface that puts branded content front and center. Here’s how some companies are getting results.

“We’re always experimenting with Snapchat’s new offerings,” Cohn says, adding that Dunkin’ was one of the first brands to employ what she calls the “Snap to Unlock” feature, where users can take photos of a Snapcode (the Snapchat version of a QR code) to unlock geofilters. It also uses the channel to offer fans sneak peeks at new products, such as its cold-brew coffee.

With the help of an internal designer, Smashburger aims to strike a tough balance: keeping its content from feeling overly branded while still remaining unique to the chain. Dunkin’ strives for a similar vibe. “The essence of Snapchat is to have unedited, unfiltered and real, everyday stories—so we create a plan in that way,” Cohn says.

In the early days, Snapchat engagement was baked in by way of requiring users to keep their fingers on-screen to see content. That’s changed in recent versions, leaving brands to foster interaction in fresh ways. One workaround: Smashburger places callouts on its “stories,” or collections of Snaps, reminding viewers to tap to get to the next screen.

Smashburger ties its geofilters to incentives—customers who show they’ve used a geofilter can receive coupons for a free item during their next visit. The brand also uses in-store collateral to drive guest engagement in the social realm; the Snapchat logo is on branded to-go bags and more.