White Castle, an open-all-night destination for hungry fans, is now promoting cocktails to pair with its iconic sliders.

The fast-food chain teamed up with comedian Mr. Gandy, an amateur mixologist who created three custom cocktail recipes that use Coca-Cola beverages as a base. Mr. Gandy demos the recipes in a series of entertaining videos posted on White Castle’s Facebook and Instagram accounts as well as its website.

The “Cocktails and Craves” promotion is targeted to customers who currently can’t patronize a bar after 9 p.m., as drinking establishments are closing early in many locales due to the pandemic. But they can pick up a sack of sliders and craft a cocktail at home. 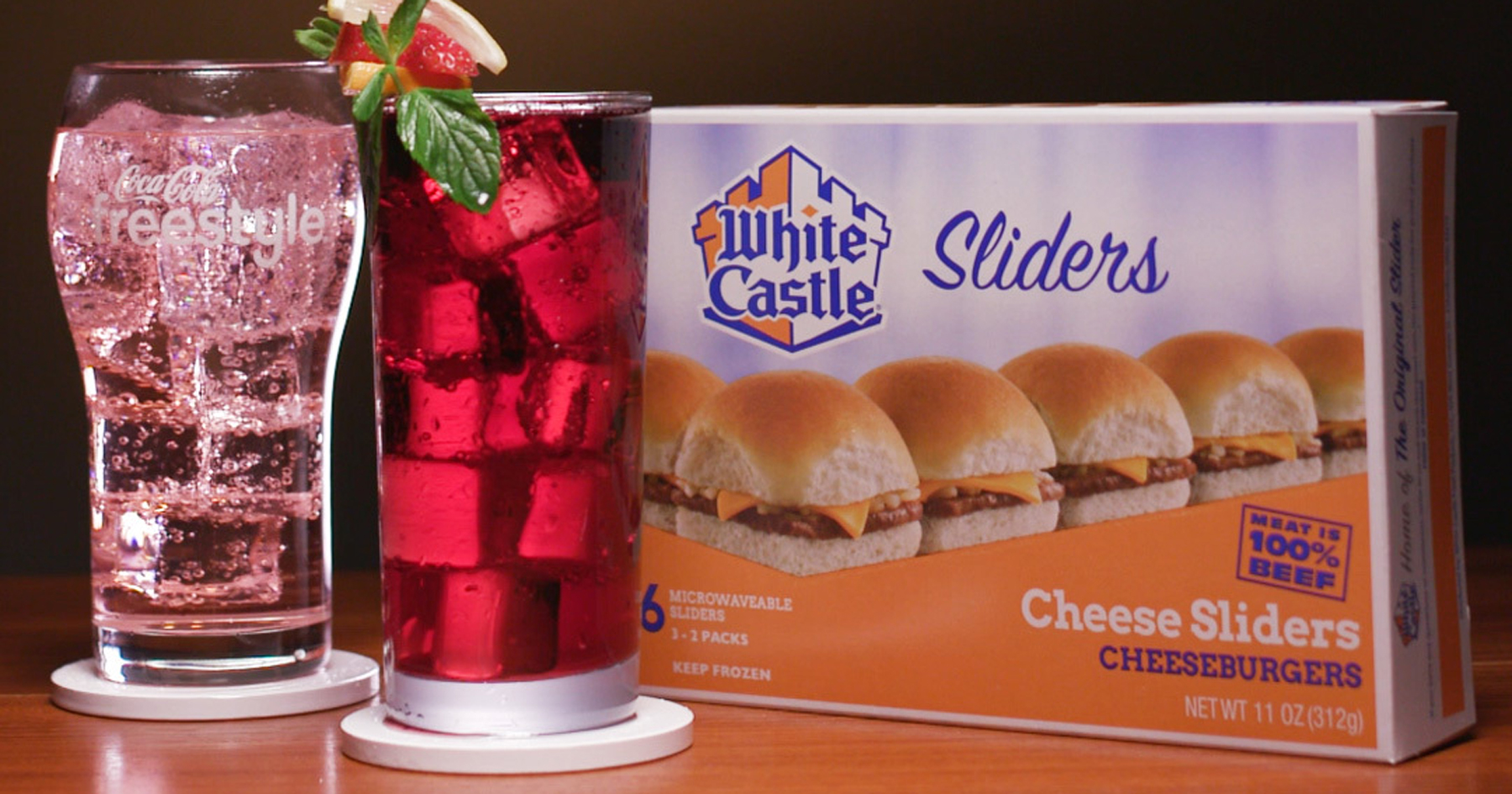 Mr. Gandy suggests pairing his beer-based Orange Glow with an original slider, Midnight Merlot Punch with a cheese slider and the tequila-based Castillo Rosato Margarita with a jalapeno cheese slider. White Castle doesn’t provide the alcohol but guests can get the necessary mixers—lemon-lime soda, ginger ale and pink lemonade—from Coke’s freestyle machines in the restaurants.

The idea bubbled up during a virtual Zoom meeting in which 40 “cravers”—as White Castle calls its fans—were invited to brainstorm with the chain’s marketing team and Coca Cola, says VP Jamie Richardson. “Let’s turn White Castle into ‘Night Castle’ was the suggestion, creating cocktails to pair with sliders,” Richardson recalls.

Mr. Gandy, who has a large following on Instagram, is friends with a staff member at White Castle’s creative agency, and he agreed to come on board. His outgoing personality and rather flamboyant wardrobe make a good fit for the promotion.

White Castle’s social media feeds are featuring a coupon for a complimentary 30-ounce soft drink until Aug. 31. Fans are encouraged to share their own original recipes using the hashtag #CocktailsAndCraves.