To that end, the 1,200-unit Buffalo Wild Wings chain is rolling out custom-designed stools at one unit in New York City and another in Los Angeles. The Jewel Stools are “an in-restaurant response to the spike in vasectomy procedures during the NCAA tournament, where thousands of men coordinate their doctor-ordered R&R to coincide with the biggest sports weekend of the year,” a company spokesman said.

The center of the barstools features a cooling apparatus for “numbing relief,” the company said, along with a chilled cup holder and light-up “Beer me” sign. 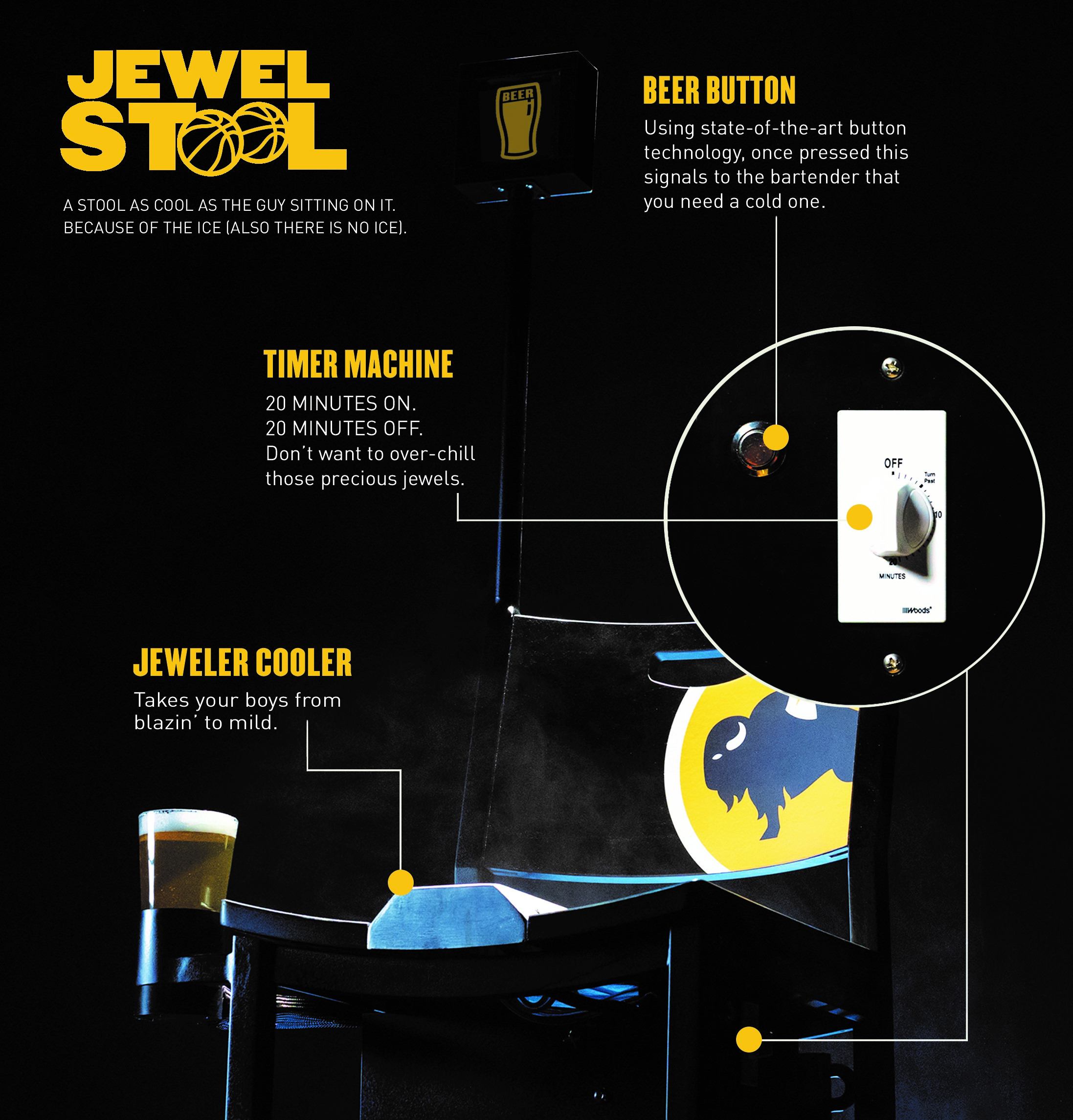 Beyond the stools, the casual-dining brand is launching “That’s March Madness” TV spots and digital ads urging viewers to visit the restaurants to watch the tournament.

“Man caves and technology have divided us, conquered us and allowed a part of our herd to be divided,” Scot Crooker, associate creative director at The Martin Agency, Buffalo Wild Wings’ advertising agency, said in a statement. “Sports is about finding your tribe.”