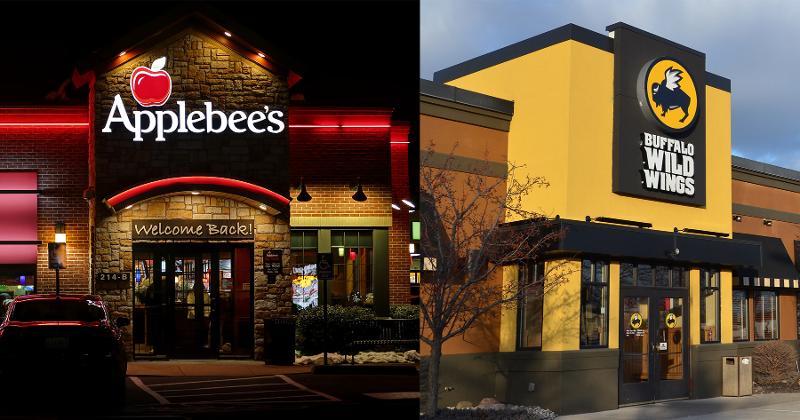 The rival has been using social media to blast the venture—officially Neighborhood Wings by Applebee’s, but sometimes cited without the Applebee’s affiliation in internet search results—as a  trick by its competitor to pass off the wings as coming from some local operation, not casual dining’s largest player. BWW has been offering consumers a free order of its signature wings in exchange for a photo of what Applebee’s is selling under the Neighborhood name.

Neighborhood Wings by Applebee’s is listed separate from Applebee’s Neighborhood Grill and Bar on GrubHub, the latter’s third-party delivery partner.

"We rolled out the launch of Neighborhood Wings by Applebee’s over the past 4-6 weeks on GrubHub, and it’s available in nearly 750 restaurants nationwide," Scott Gladstone, Applebee's VP of strategy and development, said in a statement. "While the concept has been in development for months, our recent model shift to an only off-premise business was a great opportunity for us to launch and further serve our guests. This virtual restaurant allows guests to get their  wings fix and gives us the opportunity to test out new items made for wing lovers that aren’t on our main menu."

Applebee's continues to offer wings--"a top selling menu item," said Gladstone--as well as many of the other items available from the Neighborhood menu. That lineup includes both bone-in and boneless wings, along with chicken tenders, mac and cheese, a soft pretzel, chips and salsa, mozzarella sticks, onion rings and fries. An order of Twice Fried Wings, or bone-in wings, sells for $11.69 in upstate New York. A 60-piece order of boneless wings, available only from the virtual restaurant, is priced at $42.99.

"As we continue to learn from this brand extension, we will be introducing additional innovation to meet our guests’ demands,” Gladstone said.

The ventures are known as virtual restaurants, since they exist only as an online or app listing.

Hence the recent controversy over Pasqually's Pizza and Wings, a virtual concept run out of Chuck E. Cheese's, a fun-and-games concept that specializes in pizza.

Wings have been a particularly common launching point for virtual restaurants, in part because specialists in that products have fared well while most restaurants have been limited to takeout and delivery.