Burger King’s logo is getting a makeover.

The Miami-based burger chain is undergoing its biggest brand evolution in more than 20 years, with a new color scheme, uniforms, a custom font called “Flame” and an overhauled logo that hearkens back to the more burger-shaped version it used from 1965 to 1998.

“From '65 to '98 we had a strong, iconic identity,” Raphael Abreu, head of design for Burger King parent Restaurant Brands International, said in an interview. “It was a true classic. We thought back at that time we looked our best. We thought that was the best representation of the brand.”

Burger King last changed its logo in 1999, shifting from one that looked more like a straight burger to a “faster,” stylized round logo with a slanted name, a yellow “bun” that looks more like a bell and partially outlined in blue.

That logo, Abreu said, was more indicative of the period, when the chain was more focused on speed.

“It does look like it was done at that time,” he said. “It made sense. They wanted to dial up their presence in the drive-thru with speed of service. Today that’s like table stakes for all brands.”

The new logo looks more like a burger, as it did in years past, though it’s not quite a complete copy—the “bun” this time looks more like an actual bun and it’s more modernized. But the logo symbolizes the chain’s focus on its food. 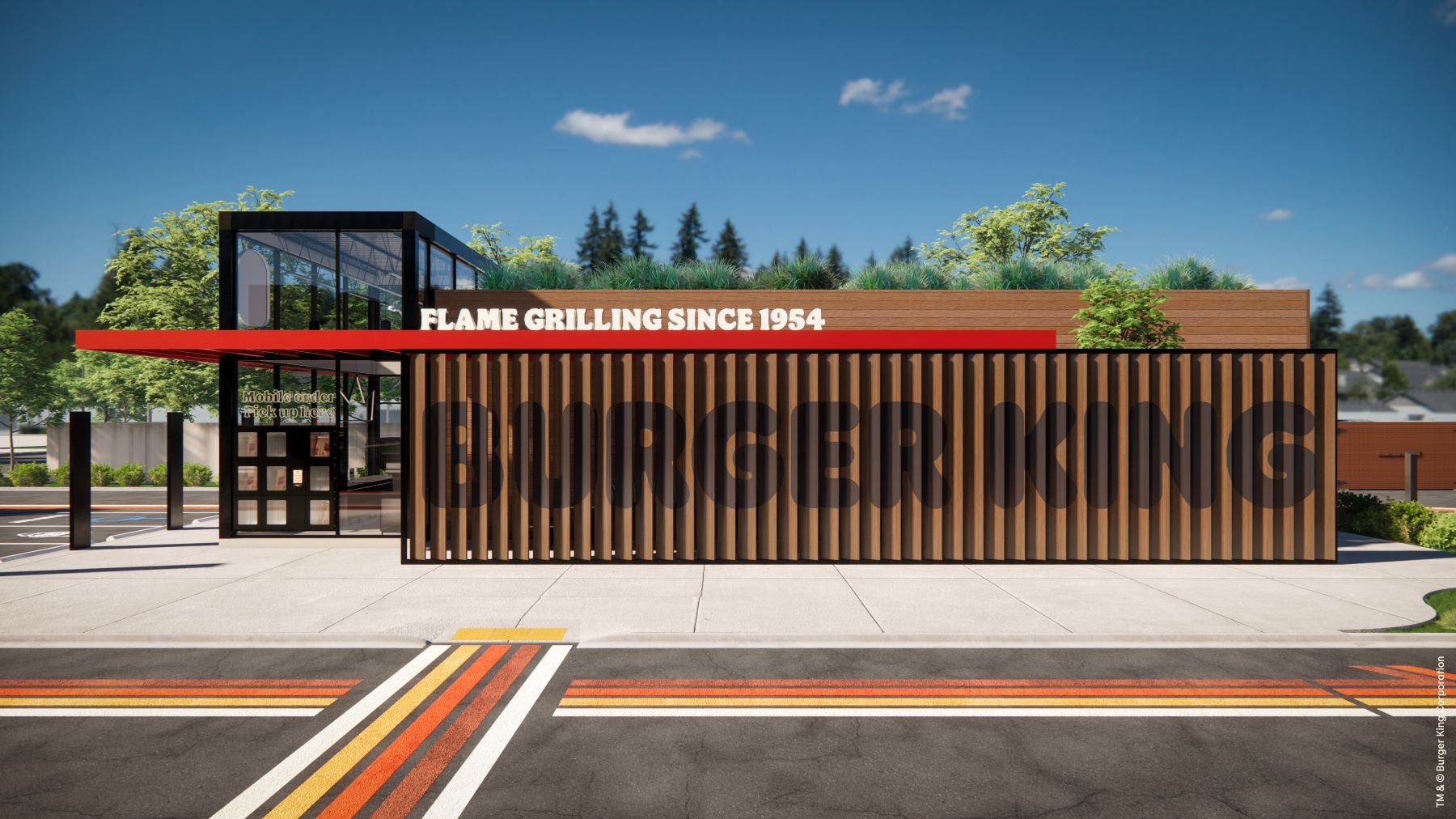 Abreu noted that Burger King has been focusing on food quality, having removed artificial colors and flavors from its Whopper and working to do the same with its entire menu, while avoiding MSG and high-fructose corn syrup.

“Our new logo is about our food,” Abreu said. “It’s what we’re known for and loved for. It’s more wholesome in a way.”

There’s another benefit to the logo: It can be seen better on the small screen, clearly important during a digital age in which more orders are being made using phones.

“The simplicity of the logo—fewer shapes, fewer colors—definitely looks better on the screen if you reduce the size of it,” Abreu said. “It definitely reads much better than the previous identity.”

The rebranding will take some time to work its way through the system over the next few years and will start with things like the company’s website and apps and its social media presence, moving to things like packaging as it gets replaced and ultimately moving to signs as franchisees remodel stores. It will also find its way into the chain’s uniforms, which will feature more contemporary “comfortable” styles featuring brown, orange and red, among other colors.

Burger King’s new design will feature those colors in the restaurant and on the packaging. Signs on the restaurants, such as “Home of the Whopper” and the chain’s “manifesto,” starting with, “We believe real food tastes better,” are written in the chain’s custom font, called “Flame.” It spent six months developing the typeface.

The font “looks like you want to grab it with two hands and take a bite,” he said.