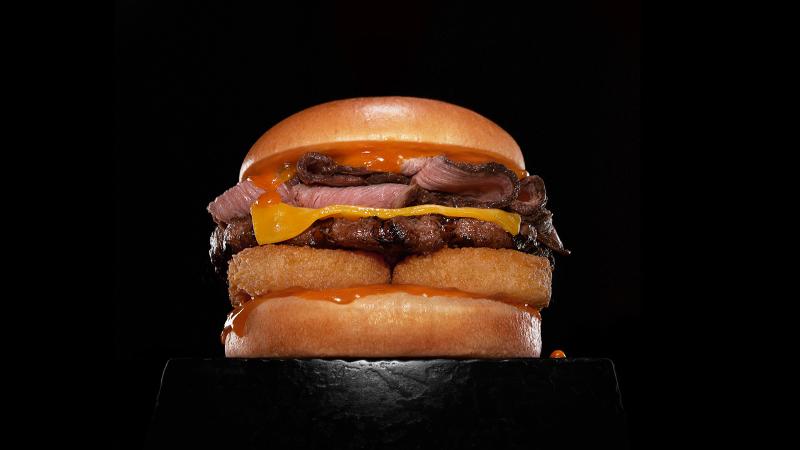 Carl’s Jr. and Hardees teamed up with Universal Pictures to introduce a new Primal Menu that ties in with the June 10 release of Jurassic World Dominion, the final film in the dinosaur-themed franchise.

The menu, which debuts Wednesday, includes a Primal Thickburger, Primal Burrito and Primal Biscuit with Fried Egg—all featuring slow-cooked prime rib along with other meaty fillings to satisfy carnivorous cravings.

“Jurassic World is such an iconic franchise, just like our menus, that we wanted to make sure we were doing the films justice and pulled a lot of inspiration from them when we were creating these innovative menu items,” Owen Klein, VP of global culinary innovation for parent company CKE Restaurants, said in a statement. “The culinary team had a lot of fun with this and when consumers bite into these big, meaty items, we want them to be instantly transported to the world of Jurassic.”

Along with the menu, the chain is transforming a couple of restaurant locations in Los Angeles and Nashville into Jurassic World Dino Takeovers, complete with a jumbo dinosaur bite magnet. A Jurrasic T. rex may be on hand to greet guests at the L.A. unit.

The takeovers will run June 1 through June 8, ahead of the film’s release.

Starting Monday, CKE is launching a creative campaign across all media, which includes an augmented reality lens through Snapchat and a digital game experience via Octopus.

The dinosaur-themed promotion is scheduled to go global, with Carl’s Jr. and Hardees locations in the Middle East and Canada offering their takes on a Jurassic menu.