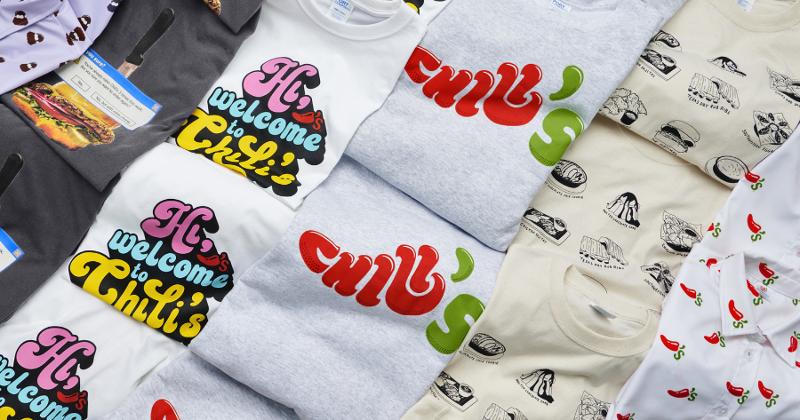 Chili's online store will sell a selection of shirts and other gear. / Photograph courtesy of Chili's

Chili’s Grill & Bar wants customers to celebrate its birthday in style this year.

The casual-dining chain on Sunday will open the doors of its first online store, WelcometoChilis.com, where it will sell Chili’s-branded merchandise including shirts, hats, socks, drinkware, pins and stickers while supplies last.

The launch coincides with Chili’s 47th anniversary and is intended to help build the brand and engage with guests, said SVP of Marketing Michael Breed. Its 10 million rewards members will get first dibs on the swag via an email blast Sunday morning.

Chili’s has been producing limited runs of merch since 2018 for use in giveaways on social media or around the holidays. It has learned that guests love the stuff, which has included a Chili’s sweatsuit, a Skillet Queso bomber jacket and Chili’s-scented candles, Breed said.

And the items have been just as much of a hit with current and former Chili’s employees, known as Chiliheads, as they have with fans.

“Anytime we would put anything out there for a giveaway or a social giveaway … people would see it and just say, ‘How do I get that, I want one of those,’” Breed said.

That enthusiasm led the chain to make branded gear available for purchase for the first time. Breed said the merch aligns with Chili’s position as a fun brand that consumers recognize and love.

“It has a steady spot in the culture, and it has for years,” he said. 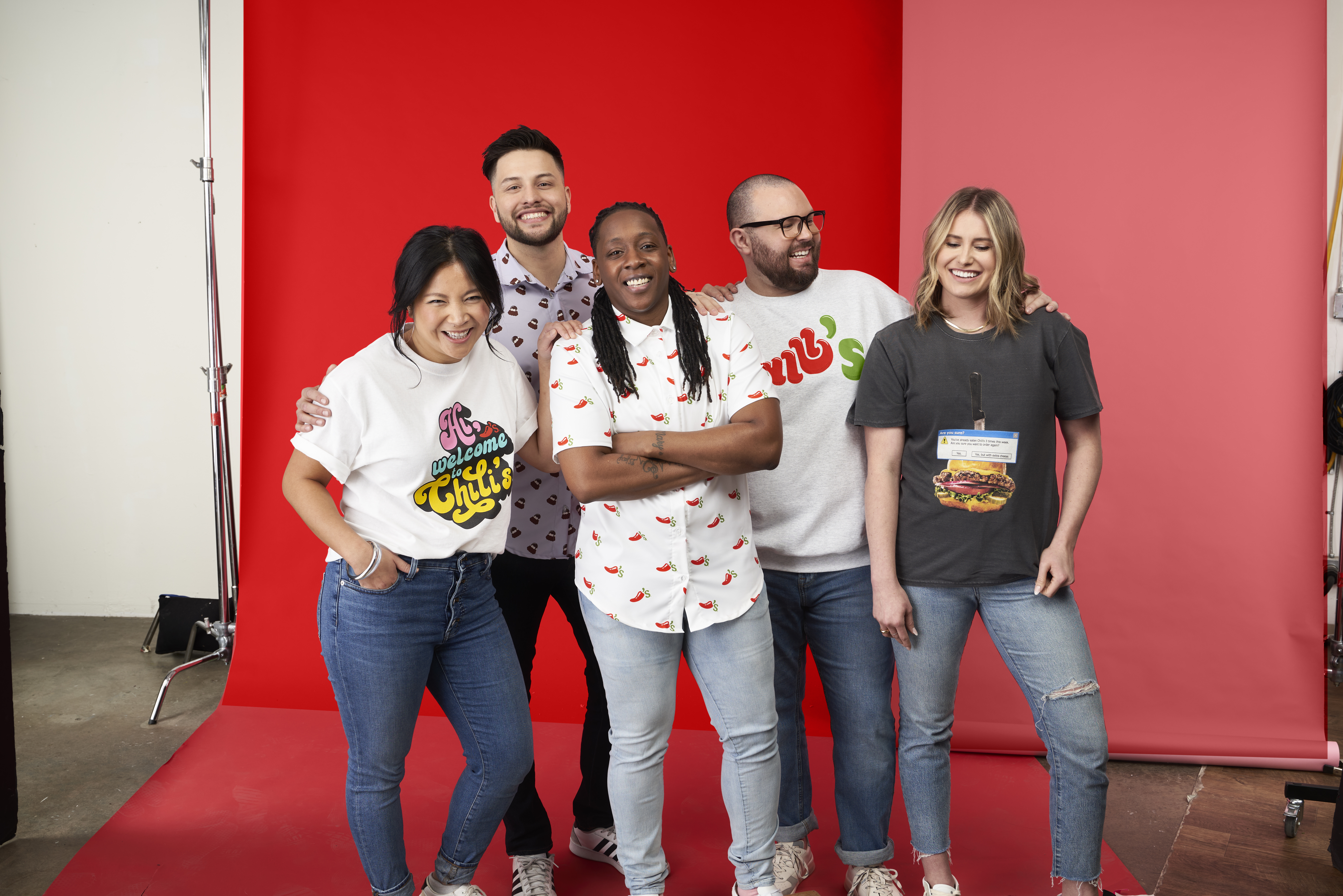 SVP of Marketing Michael Breed expects the gear to be popular with both Chili's fans and employees. / Photograph courtesy of Chili's

Items will include T-shirts that say “Hi, welcome to Chili’s” in ’70s-inspired lettering, a button-down emblazoned with the Chili’s logo, and fanny packs that resemble the limes from the chain’s signature margaritas. The products range in price from $10 to $60.

“It’s going to be fun to see what really resonates the most,” Breed said. “There’s a couple T-shirts in particular that I want to go get before they’re sold out.”

The gear is available in limited quantities, but Breed said it won’t be long until the store is restocked with a new drop. The company plans to unveil lines for Mother’s and Father’s Day, for instance, and will do others tied to holidays or other special days for Chili’s.

The chain is one of many restaurant brands to start selling clothing and other nonfood products. P.F. Chang’s last year launched an online store that sells clothing and cookware, and Dunkin’, Taco Bell and others also offer apparel.

Breed said the trend is an evolution of the days when casual-dining restaurants would sell T-shirts at the host stand. These days, merch drops are more tied into social media, where they generate engagement and allow brands to connect with fans outside of the restaurant.

“[Social media] is just a place that we’ve found such an engaged audience that you kind of take that idea from back in the day of a T-shirt display, and now you can really have a lot of fun with it,” Breed said.