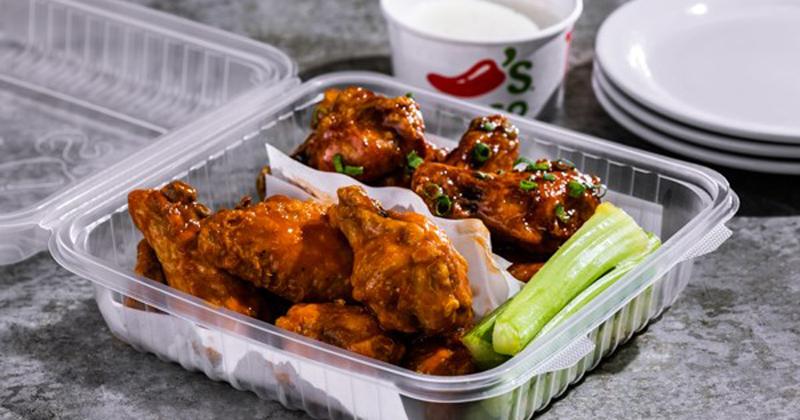 The parent of Chili’s and Maggiano’s is giving the wings delivery business a try through the launch of a virtual restaurant concept, It’s Just Wings.

The wings will be prepared in the kitchens of 1,000 company-operated Chili’s and Maggiano’s units, their parent, Brinker International, announced Friday. The popular finger foods will not be added to the menus of the two brick-and-mortar brands. Instead, they can only be ordered digitally through the app or website of DoorDash for delivery by the third-party service.

Brinker’s two full-service chains are the latest brink-and-mortar operations to create a virtual wings concept in hopes of capturing the strong off-premise sales that wings specialists have enjoyed while most dining rooms were closed during April and May. Wingstop, for instance, posted a 33% jump in same-store sales for April, when many casual chains were striving to recapture 60% of their pre-pandemic sales volumes.

The list of places with an affiliated virtual restaurant specializing in wings now includes Applebee’s, Smokey Bones, Fat Burger, Chuck E. Cheese and the concepts within the fold of Earl Enterprises, parent of Buca di Beppo and Bertucci’s.

Virtual restaurants have become popular among operators as essentially a form of search engine optimization, or SEO. Third-party delivery services have found that consumers who want food delivered typically search for a particular menu product—wings, say, or tacos—rather than for a place that offers those items. A place with “wings” in its name tends to come up higher in the search results than a place that merely happens to have wings on its menu.

Virtual restaurants got their start when services such as DoorDash approached operators about adding a particular product or menu line that consumers wanted, as indicated by search levels, but couldn’t readily find in their areas. Places in those markets were encouraged to invent a name and pose as a full-fledged restaurant that was offering the sought-after product, instead of letting consumers know they were ordering from brands that were not readily associated with that selection.

That approach has occasionally sparked controversy when consumers discovered the true source of the food. Chuck E. Cheese, for instance, was slammed on social media for spinning off a virtual brand called Pasqually’s Pizza and Wings.

Buffalo Wild Wings blasted Applebee’s via social media posts for selling wings under the name Neighborhood Wings. The full name of the virtual concept was Neighborhood Wings by Applebee’s, but that complete identity did not always come up on searches.