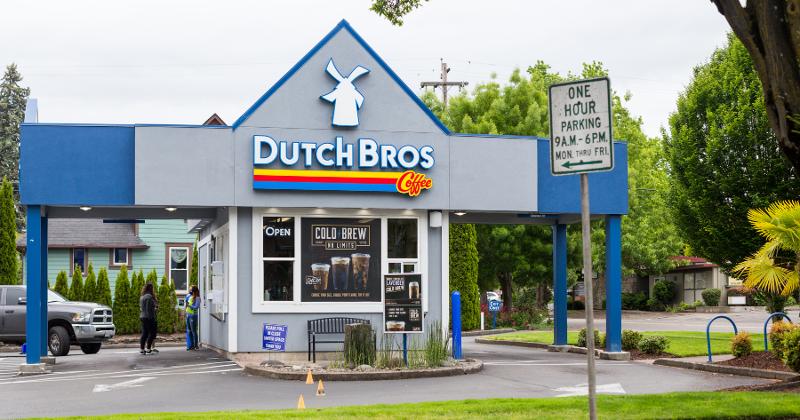 The award, given at Restaurant Leadership Conference by the editors of Restaurant Business, recognizes a concept that was previously on RB’s Future 50 list of fastest-growing small chains but has since grown to be on the Top 500 ranking of the country’s largest restaurant brands.

Drive-thru coffee and energy drink chain Dutch Bros, which went public last year, is ranked No. 55 on the Top 500 list for 2021, according to data from RB sister firm Technomic.

“We are a culture-first business,” Dutch Bros president and CEO Joth Ricci said, in accepting the Pacesetter Award. “We tell people we’re in the business of people and we do that through beverages. Every decision we make is about our people.”

One of those decisions came in the launching of the chain’s loyalty program just over a year ago. The wildly popular rewards platform grew to more than 3.2 million users in 12 months.

Customers love it, Ricci said. But Dutch Bros’ employees love it even more.

“The No. 1 fan of our rewards program is our people,” he said. “The goal was to make it easier on our people to transact with the customer.”

Dutch Bros got its start in 1992 in Grants Pass, Ore., as a pushcart by the railroad tracks downtown.

The Restaurant Leadership Conference is presented by Winsight Media, the parent company of Restaurant Business.